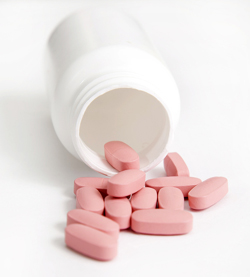 A federal judge in Massachusetts has accused the Milberg law firm of an “elaborate scheme of deceptive conduct” in its investigation of off-label use of the Alzheimer’s drug Namenda.

U.S. District Judge Dennis Saylor struck portions of the firm’s amended qui tam complaint as a sanction for the alleged misconduct and tossed the rest of the suit for failing to meet pleading requirements, reports the New York Law Journal (sub. req.) and Law360 (sub. req.).

Milberg represents Timothy Leysock, a former pharmaceutical sales representative in Florida, who alleged Forest Pharmaceuticals had promoted off-label use of the drug, which was prescribed and billed to Medicare.

Saylor said the law firm had hired a physician to interview doctors about whether sales representatives for Forest Pharmaceuticals were encouraging use of the drug for mild to moderate forms of Alzheimer’s. The drug is approved only for more severe forms of the disease.

In his April 28 decision, Saylor outlined several deceptive acts during the research study. The researcher, who acted under the law firm’s supervision, did not disclose that he planned to use the information for a lawsuit rather than medical research. The investigator had told physicians the information would be kept confidential, even as their names were listed in the complaint.

Saylor also said Milberg’s efforts to prevent the disclosure of identifying patient information were “sloppy at best.” Though patients’ names weren’t used, the amended complaint had information such as a patient’s gender, treating doctor, pharmacy address and treatment history.

Saylor said the conduct violated two ethics rules. One bars lawyers from making false statements of material facts to third persons in the course of representing a client. The other bars conduct involving dishonesty, fraud, deceit or misrepresentation.

“Lawyers may not avoid the rules by hiring others to perform prohibited acts,” Saylor said, “and are responsible for the wrongful acts of those that they knowingly assist and direct.”

Saylor said there are exceptions to the ethics rules, but they don’t apply in the Milberg case. One of the exceptions allows prosecutors to conduct undercover criminal investigations. The second allows civil lawyers to use investigators to sometimes obtain information that would usually be available to a member of the public. An example is the use of testers who pose as renters or home purchasers to gather evidence of discrimination.

“In summary,” Saylor wrote, “the Milberg attorneys devised and implemented an elaborate scheme of misrepresentation and deceit under the guise of a legitimate medical research study. The scheme was intended to—and did—intrude on the physician-patient relationship and induce physicians to disclose confidential patient information, without legal justification.”