Federal judge says neuroscience is not ready for the courtroom--yet 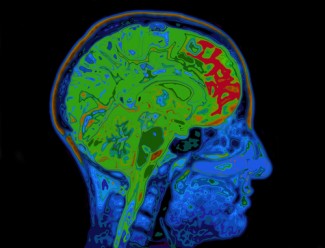 Neuroscience has been creeping into the nation’s courtrooms with greater frequency. Yet the science, while much of it promising, is not quite ready for use as evidence in most legal cases, U.S. District Judge Jed S. Rakoff told a group of neuroscientists gathered in Chicago.

Rakoff, a judge for the Southern District of New York, was a keynote speaker Saturday at the Society for Neuroscience’s annual meeting, one of the largest gatherings of neuroscientists in the world, with more than 29,000 registered attendees.

Rakoff, who long has had an interest in neuroscience and is a founding member of the MacArthur Foundation Research Network on Law and Neuroscience, says that judges are still cautious about allowing neuroscientific evidence in court. Criminal lawyers, for example, have introduced brain scans to show a defendant’s brain dysfunction, most often as mitigation in death penalty hearings. Lawyers also have tried to introduce brain scans to prove the existence of pain and as evidence for lie detection.

“The attitude of judges toward neuroscience is one of ambivalence and skepticism,” Rakoff said. “You ask them about the hippocampus, they say it’s something at the zoo.”

Rakoff told the assembled scientists that history has given judges reason for caution about sanctioning the use of any kind of science. During the last century, the law embraced science in ways that were inhumane and harmful—and eventually discredited.

For example, eugenics—the theory that humans could employ selective breeding and sterilization to improve genetic makeup and create better people—was once practiced in the United States. In fact, state laws allowed the forced sterilization of women, and the U.S. Supreme Court upheld the practice in 1927. It took Hitler’s popularization of eugenics for critics to finally be heard, and it eventually fell in disfavor, Rakoff said.

In addition, lobotomies were not only accepted by the medical community for psychiatric patients, but courts often ordered the procedure for people whether they wanted it or not, Rakoff pointed out. And in the 1990s, so-called recovered memories led to people being convicted of crimes, often child sexual abuse, on shoddy evidence with no solid scientific basis.

“I use these stories to explain why judges have great hesitation accepting this kind of evidence,” Rakoff says. “Neuroscience is not yet at the stage where it can be introduced with individual cases with much scientific validity.”

For example, the use of a functional MRI as a reliable lie detector was discredited in a key decision that excluded its use as evidence in U.S. v. Semrau, and affirmed by the Cincinnati-based 6th U.S. Circuit Court of Appeals in 2012. The case involved a Tennessee doctor charged with Medicare fraud who tried to submit the results of an fMRI lie detection test.

While he leans toward being skeptical, Rakoff says that science can still play “a fantastic role” in the courts. For example, the judge says neuroscience has provided a better understanding of the biology of addiction—casting aside the long-standing view that drug addiction is immoral and should be punished. “Neuroscience and medical science began to suggest it’s not that simple,” Rakoff says.

He also sees value in better understanding of the adolescent brain in making policy decisions about how to handle juvenile defendants. He suggested that prosecutors, who often decide whether to charge a juvenile as an adult, would be well-served by learning more about adolescent brain development.

But in the end, he says judges continue to be hesitant about neuroscience “because we’ve been burned in the past.”

“The worst thing that can happen with neuroscience is that it gets into the courtroom before it’s ready,” he says. “There is a communication barrier between lawyers and scientists. We need to learn to speak the same language.”