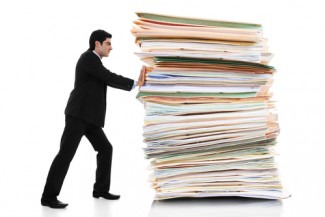 A federal judge in Manhattan is ordering lawyers in a United Parcel Service lawsuit to file new pleadings that are short and plain, in keeping with Rule 8 of the Federal Rules of Civil Procedure.

In a March 24 order (PDF), U.S. District Judge William Pauley III labeled the pleadings “behemoth,” and warned that failure to comply with the rule could result in sanctions, the Litigation Daily reports.

“A troubling trend toward prolixity in pleading is infecting dockets in this district and elsewhere,” Pauley wrote. He is orderling lawyers for both the plaintiff and defendants to file new pleadings omitting the surplusage.

UPS “launched its relatively straightforward claims with a sprawling 175-paragraph complaint, larded with more than 1,400 pages of exhibits,” Pauley wrote. Lawyers for former franchisees responded with a 210-page answer with counterclaims and “voluminous exhibits,” later expanded in an amended answer to a “breathtaking” 303 pages that “brims with irrelevant and redundant allegations,” Pauley said.

Pauley appears to target lawyers from Reed Smith, who filed the original complaint on behalf of UPS, and the lawyer who represented the defendants, Manhattan solo practitioner Stephen Savva, the Litigation Daily says.

The UPS complaint alleges owners of 11 former franchises continued to use UPS trademarks after UPS terminated their franchise agreements for charging customers more than the agreed-upon rates. The defendants claim that they were being unfairly targeted for common practices.

A spokesperson for Reed Smith did not immediately respond to a request for comment. Savva referred a comment request to a spokesperson for Bickel & Brewer, which recently joined Savva in representing the defendants.

Bickel & Brewer partner William A. Brewer III said in a statement that he is pleased the judge allowed the defendants to pursue their most central claim against UPS. “We certainly recognize what the court was contending with–and appreciate its effort to serve notice to these parties, and all lawyers, to bring credibility and clarity to the proceedings in which they are involved,” Brewer said.