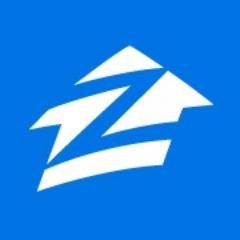 A federal judge in Chicago on Wednesday tossed a lawsuit claiming Zillow is violating the Illinois appraisal law with its online “Zestimates” of market value.

U.S. District Judge Amy St. Eve said there was no violation of state law requiring that appraisals be done by licensed appraisers, and cited two reasons: Illinois law makes an exception for automated estimates and does not authorize a private right of action. Her Aug. 23 decision is here. Reuters and Crain’s Chicago Business have coverage.

The suit was filed by the owners of CastleBlders.com, who contended Zillow was undervaluing some property and publishing the Zestimates without their permission. St. Eve did not give the plaintiffs a chance to refile that claim over unlicensed appraisals, but allowed them a chance to replead three other claims.

St. Eve tossed one of those claims, for alleged invasion of seclusion, partly because there was no allegation the intrusion was highly offensive to a reasonable person, or that the intrusion caused anguish and suffering. She noted that the Zestimates are based on public information.

The two other claims had alleged Zillow violated Illinois law barring deceptive trade practices and consumer fraud. Based on the pleadings, the Zestimates are not false, misleading or likely to confuse, St. Eve said. She pointed to Zillow’s website, which makes clear the Zestimate is “a starting point” in determining home value and “is not an official appraisal.”

The plaintiffs’ lawyer, Barbara Andersen, told Reuters her clients are looking into amending the complaint.