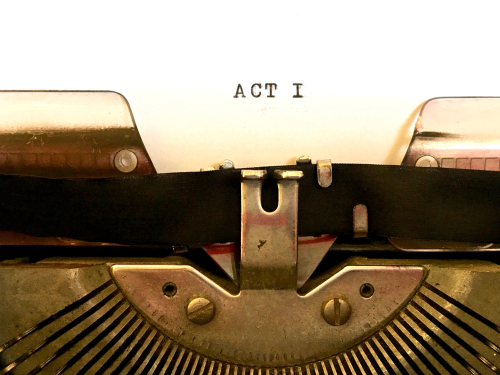 A federal judge in Boston has warned a Lowell, Massachusetts, lawyer about the possibility of Rule 11 sanctions after he filed a federal complaint against the judges on the state’s top court in the form of a screenplay.

U.S. District Judge Indira Talwani warned lawyer Ilya Liviz in a Dec. 3 order and memorandum that his 18-page complaint in the form of a movie script doesn’t meet federal procedural requirements. The rules require a “short and plain statement” showing entitlement to relief and grounds for the court’s jurisdiction, Talwani said.

Nor does the court have subject matter jurisdiction to the extent that Liviz is trying to defeat a state court judgment, Talwani said. She also told Liviz that his application for a waiver of filing fees was deficient because it wasn’t signed by his client, and it fails to provide information about the client’s income.

Talwani said previous claims filed by Liviz against the Supreme Judicial Court have been dismissed for lack of jurisdiction, and he could face sanctions for future filings under Rule 11 of the Federal Rules of Civil Procedure, which bars frivolous court filings.

Liviz filed his Oct. 3 suit on behalf of client Lyudmila Maslyakova, who is referred to as “Grandma” in the screenplay complaint. Liviz said in a “plot” subheading that Maslyakova was ticketed for using her husband’s handicapped placard, and she faces an immediate suspension of her license if a court does not come to her aid. LegalNews.com had a story on the initial complaint, originally published in Massachusetts Lawyers Weekly.

“Normal sunny day, people are smiling as they are going in and out, of the local store,” the complaint said under an “Act 1” heading. Liviz goes on to describe how Grandma pulls up to the store with her husband, her husband gets out to shop, and Grandma puts the car in reverse to pull away and do her own shopping elsewhere. “All of a sudden she hears the police siren and red and blue lights,” the Act 1 summary said.

A “theme” subhead in Liviz’s complaint said his client is seeking an injunction against the state high court for a constitutional violation of due process access to the courts because of rejected appeals and a refusal to waive filings fees.

In a Dec. 5 response to Talwani’s order, Liviz sought the judge’s recusal and cited the “Liviz recusal doctrine.”

Liviz told the ABA Journal on Dec. 11 that he filed the complaint in the form of a screenplay because he needed to draw some attention to his client’s plight. “If I had filed it regular, not a screenplay, would you have called me?” he asked.

He elaborated on the reason for the unusual filing in an email to the ABA Journal. “No one was listening or helping,” he wrote. “Not the news, not the courts, no one; I needed to get attention to the real issue here, which is proved by your questions. What should be more important and newsworthy; showing interest in a complaint written like a ‘play’ or your attention on the fact that people’s rights are being deprived by the judiciary, which is entrusted in protecting them? I had 14 appeals thrown out in state court. No one was listening, and I feared these matters would be thrown out like all others, without even considering the merits. Thus, I switched strategy, and filed a ‘screenplay.’ ”

Liviz said the unusual format complied “100 percent” with federal procedural rules, and it is more complete and accurate than most complaints. He did not think he could face discipline for the filing. “Are we not supposed to file civil complaints?” he asked. “I did not write anything obscene or disrespectful; in fact, the complaint is well organized and contains all the requisite parts” required by the Federal Rules of Civil Procedure.

Liviz said he didn’t think judicial immunity prevented him from seeking injunctive relief against the judges. And in any event, immunity can be lifted in rare circumstances under a theory he called the “Liviz judicial immunity doctrine.”

Liviz said judicial reform isn’t needed, but more talented judges are needed. “People fail to realize that our way of life, our morale, our security and our economy are burdened, repressed and held back due to failure of the judiciary heads to recognize and correct injustice,” he wrote.