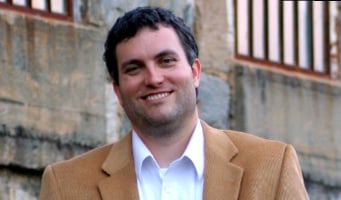 Federal judicial nominee Brett Joseph Talley has limited trial experience, but his credentials as a “ghost hunter and a devotee of the macabre” are well-established, according to the Washington Post.

Talley is a former political speechwriter, an author of horror fiction and a one-time member of the Tuscaloosa Paranormal Research Group, according to the Post and the Daily Beast.

Talley, a Harvard law grad, was part of the ghost-hunting group in 2009 and 2010 when he was clerking for a federal judge. Group leader David Higdon told the Post that Talley helped monitor all-night investigations at places such as old plantation mansions, abandoned prisons and other buildings. Talley also helped lug equipment such as thermal sensors, infrared cameras and handheld electromagnetic field devices.

Talley went on to clerk for a federal appeals judge and to write horror fiction, including the 2011 novel That Which Should Not Be, a semifinalist for the Horror Writers Association’s Bram Stoker Award.

One of Talley’s fans is Stuart Stevens, Romney’s campaign manager in 2012. He told the Daily Beast that Talley “has a cult following.” In his 2014 book The Reborn, Talley made Portman’s communications manager the antichrist. Talley told the Washington Post in a prior article that he considered the fictionalization “a gift. In horror novels being the antichrist is, like, the highest honor possible.”

Also in 2014, Talley took a Post reporter ghost hunting at a Washington, D.C., cemetery. Talley explained that he was skeptical of ghost claims. “I tend to believe there’s a good scientific explanation for the weird things people see and hear,” Talley said. “But I’m open to the idea, and it’s fun.”

Talley was rated “not qualified” by the ABA Standing Committee on the Federal Judiciary because he doesn’t have the requisite trial experience, committee chair Pamela Bresnahan said in a letter (PDF) to Senate Judiciary Committee leaders. The committee did not, however, have any questions about Talley’s “integrity or temperament.” The letter said the committee believes Talley had great potential to serve as a judge “given the passage of time and the appropriate experience.”

During his hearing before the committee, Talley was asked how his horror background could be relevant. “I would hope that would at least make for some interesting opinions,” Talley said. “And I will try to sneak in some horror references if I am fortunate enough to be confirmed.”