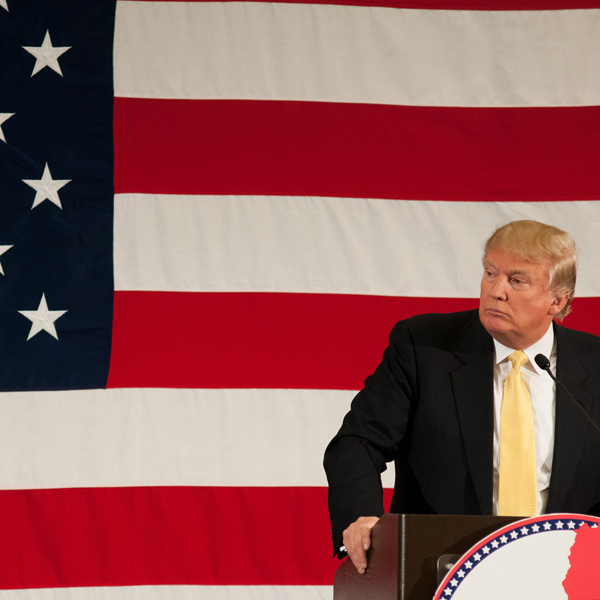 President Donald Trump cited a federal law giving him broad immigration authority when he issued his executive order on Friday that temporarily blocks refugees and immigrants from seven mostly Muslim countries from entering the United States.

Temple University law professor Peter Spiro tells the New York Times that the law “gives the president capacious authority to deny entry to any alien or class of aliens” whom he deems detrimental to U.S. interests.

No court has ever reversed a presidential order that is based on that provision, Spiro tells the Times. He adds, however, that “in terms of the number of prospective immigrants involved, this is by far the most significant use of the power by any president.”

At least five federal judges issued injunctions over the weekend that temporarily halted some parts of Trump’s order. On Tuesday night, a federal judge in Los Angeles issued a temporary restraining order requiring the government to allow in those from the seven Muslim-majority countries with valid immigrant visas, the New York Times reported. On Wednesday, the White House stated that green card holders from those countries do not need a waiver to enter the United States, Reuters reported; and on Friday, a federal judge in Detroit issued an order permanently blocking the order from applying to green card-holders, the Detroit Free Press reported.

But the big legal battles are yet to come. Legal experts and critics of Trump’s order say it is vulnerable to legal attack based on the Constitution and another federal law. The New York Times (in stories here and here), CNN, Bloomberg News and the Washington Post look at some of the issues.

The other federal law, the Immigration and Nationality Act of 1965, bars discrimination against immigrants based on national origin, according to an op-ed by David Bier, an immigration policy analyst at the Cato Institute’s Center for Global Liberty and Prosperity.

The 1965 law provides that “no person shall receive any preference or priority or be discriminated against in the issuance of an immigrant visa because of the person’s race, sex, nationality, place of birth or place of residence.”

According to Biers, the 1965 law protects immigrants from national origin discrimination, but it doesn’t apply to refugees or to temporary visitors like guest workers, students and tourists. Nor does the 1965 law ban discrimination on the basis of religion.

But Trump’s order could be challenged as religious-based discrimination that violates the First Amendment’s establishment clause. One provision in particular is vulnerable. It says that, when refugee admissions begin after a 120-day hiatus, priority should be given to claims of religious-based persecution, “provided that the religion of the individual is a minority religion.” That generally gives priority to Christian refugees,

In an interview with the New York Times, Anthony Romero, executive director of the American Civil Liberties Union, called the minority religion exception a “smoking gun.”

“The one thing you can’t do under the establishment clause is denomination favoritism,” Romero said. “That’s a very promising claim.”

The ACLU is already preparing an establishment clause challenge, ACLU legal director David Cole write on Saturday at the ACLU’s blog. Cole says the refugee provision, as well as the provision temporarily blocking immigrants from seven predominantly Muslim countries, violate the clause. He cites previous statements by Trump, including his campaign promise to ban Muslims from entering the United States, as evidence of his intent to discriminate on the basis of religion.

Trump says it’s not true. In a statement on Sunday evening, he said his order “is not about religion.” Rather, he said, the order “is about terror and keeping our country safe.”

The first federal judge who blocked Trump’s order, U.S. District Judge Ann Donnelly of Brooklyn, cited two other constitutional provisions that, in her view, created a strong likelihood that those challenging Trump’s order would prevail. They are the due process and equal protection clauses.

City University of New York School of Law professor Ruthann Robson believes the equal protection argument could be successful, She tells the Washington Post that courts have criticized government distinctions based on ancestry and race.

Cornell immigration law professor Stephen Yale-Loehr sees promise in the due process claim in challenges filed on behalf of those currently being held at airports. “They can’t just put you on a plane and send you back without any sort of hearing at all,” he told CNN. “Courts look at the interest of the individual, the interest of the government, and balance the two.”

New York Attorney General Eric Schneiderman told the New York Times about another possible challenge that he may file with other state attorneys general. “There may be grounds for a claim that this does damage to a state, if they’re damaging our state institutions” like universities and hospitals, he said.