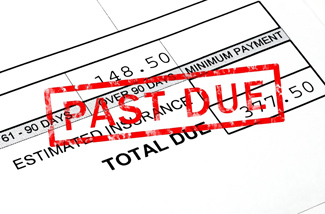 A Georgia-based debt-collection company, its owner and six employees have been criminally charged in what is described by federal authorities as a $4.1 million national scheme that took advantage of more than 6,000 people.

U.S. Attorney Preet Bharara of Manhattan, who is overseeing the case, says a larger investigation of “an absolute epidemic of abusive debt-collection practices” is ongoing by the Consumer Financial Protection Bureau, the Federal Trade Commission, the Federal Bureau of Investigation and federal prosecutors in his own office. This appears to be the first time these agencies have coordinated on such a probe, which could signal that a major enforcement effort is underway, reports CNNMoney. The Atlanta Journal-Constitution, Newsday (sub. req.) and Reuters also have stories.

“[R]uthlessly persistent” collectors at Williams, Scott & Associates in Norcross, Georgia, bullied thousands of people nationwide into paying millions between 2009 and 2014, sometimes even when they didn’t owe money, said Bharara. Collectors falsely claimed affiliations with government agencies and threatened people with arrest or other enforcement action, he said.

Charges were announced Tuesday against Williams, Scott & Associates, its owner John Todd Williams, and six of its workers. All are charged with conspiracy to commit wire fraud.

The group is accused of using illegal bullying tactics such as claiming a link to law enforcement and threatening to “activate” felony warrants or suspend driver’s licenses, the articles explain. According to an FBI press release, debtors were told the name of the agency was Warrant Services Association, and that it was “a division of the Federal Government Task Force.” Legal-sounding mumbo-jumbo also was allegedly used to try to confuse debtors.

Many of the people targeted had borrowed money from payday lenders. “This scheme took advantage of our poorest and most vulnerable citizens from all 50 states,” said George Venizelos, the FBI’s assistant director-in-charge in New York. “The defendants were nothing more than bullies with bogus badges.”

Lawyers for the defendants either declined to comment or are unknown at this time, Reuters said.