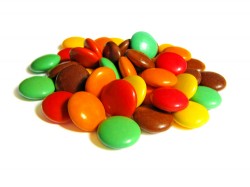 An Illinois lawyer is facing an attorney discipline complaint based on alleged conduct that resulted in two misdemeanor convictions.

James Joseph Graney is accused in the complaint of attacking his sister-in-law during a dispute over a parking ticket (resulting in one conviction, after he failed to appear, and an outstanding warrant), eating M&Ms and other food he didn’t pay for in a supermarket (resulting in another conviction) and sending a series of faxed messages to his former girlfriend’s workplace.

Among the messages, according to a log included in the complaint: “If I ever see you again-im gonna rip your bra off and stangle you with it lmao.”

Based on this conduct, the Illinois Attorney Registration and Disciplinary Commission alleges that Graney violated legal ethics rules by “committing a criminal act … that reflects adversely on the lawyer’s honesty, trustworthiness or fitness as a lawyer in other respects” and “conduct which tends to defeat the administration of justice or bring the courts or legal profession into disrepute.”

Graney could not immediately be reached for comment by the ABA Journal on Friday afternoon at the phone number listed for his office on his ARDC registration.