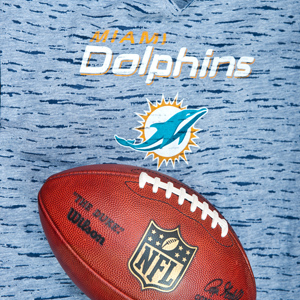 Paul, Weiss, Rifkind, Wharton & Garrison and its partner, Theodore “Ted” Wells, are facing a defamation suit stemming from their probe of alleged bullying and harassment by Miami Dolphins players.

Former Dolphins offensive line coach Jim Turner filed the suit (PDF) on Monday in federal court in the Southern District of Florida. Turner was fired five days after the report was made public in February 2014. ESPN had news of the suit, while a report by NBC Sports includes information from a press release.

The National Football League hired Paul Weiss to investigate alleged bullying of former Dolphins player Jonathan Martin. The report focused on conduct by teammate Richie Incognito, but it also alleged that Turner helped create an atmosphere that allowed the bullying. Turner is not a public figure, the suit asserts.

According to Turner’s suit: “The NFL did not want a real investigation. The public already believed that Martin was a victim of bullying—some of the bullying with racist overtones—and, with bullying of children being an emerging epidemic, the League could not afford to be perceived as insensitive or unwilling to take bullying and workplace harassment seriously.

“The League commissioned defendants to write a report that confirmed the public story and defended Martin and that also identified individuals who could take the blame and face discipline. … In the end, defendants gave the NFL what it wanted: the Wells Report defended Martin and concluded that Martin was the innocent victim of workplace bullying and harassment and that several teammates and coaches, including Turner, were to blame.”

The suit mentions an incident in which Turner gave players blow up dolls—all female except for the doll given to “Player 1”—during a holiday party. According to the suit, the gag gifts were intended as a humorous way to convey a serious message: This is what awaits you if you do not learn to relate better to spouses or significant others. The male doll was a joke based on Player 1’s stories about having bad luck with women; the player was not considered to be gay, the suit says.

The suit also says accusations that Turner established a “Judas Code” against snitching are false, though he did occasionally use the term “Judas.”

Wells and a spokesperson for Paul Weiss didn’t immediately respond to a request for comment.

The suit says the report left out relevant testimony by several Dolphins players and coaches, and failed to consider “conflicting perspectives” by players and coaches. “Defendants ignored, downplayed, mischaracterized and omitted facts that contradict and would have altered the pre-ordained narrative set forth in the report,” the suit says.

Turner has sought new coaching jobs since his firing, but has not received any offers because of the report’s false accusations, the suit claims.