Fired lawyer who set up fake Match.com profile of female attorney cited by disciplinary board 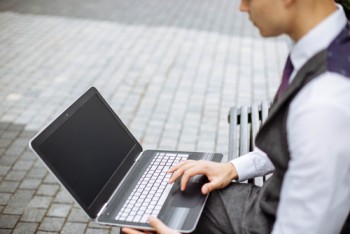 Updated: An Illinois lawyer who admitted to setting up a fake online dating profile of a female lawyer, posted a false review about her to a database of legal professionals and registered her to receive information from other organizations has been cited in a complaint to the state’s Attorney Registration and Discipline Commission.

Drew Quitschau is a former partner with Thomson & Weintraub in Bloomington, Law.com reports. According to the disciplinary commission document filed on Aug. 4, Quitschau used his office computer last September to set up a dating profile on Match.com for a lawyer identified as Jane Doe and as a partner in a Bloomington law firm.

Among the representations made in the profile were that Jane Doe was separated from her husband, smokes, is 56 years old, and favorite hot spots include “the grocery store, all restaurants … all buffets and NASCAR,” the document states.

In December, Match.com provided Doe with the IP address associated with the fake profile, and the firm’s internet provider gave written confirmation in January that the firm’s IP address was used to create the profile, the document states. At that time, Quitschau denied creating the profile.

In February, a search of Quitschau’s desktop computer determined that device was used to access set-up pages on Match.com, download a picture of the lawyer used in the false profile from the law firm’s website and upload that picture to Match.com. When confronted with the findings, Quitschau admitted wrongdoing and was immediately terminated, the document states.

Besides the Match.com profile, the document from the disciplinary commission says Quitschau registered Jane Doe with the Obesity Action Coalition, which resulted in her receiving emails about weight-loss surgery and a lap-band kit mailed to her law office. She was also registered with a publication on pork production and an organization focusing on diabetics among others. Quitschau also created a fake Facebook profile to post false reviews of Doe on a database that rates legal professionals, the document states.

In February, The Pantagraph reported that Michelle Mosby-Scott–a Bloomington lawyer–was granted an emergency stalking/no contact order against Quitschau. She agreed to dismiss the order in March, the paper reported.

Quitschau did not respond to an interview request from the ABA Journal. Mosby-Scott responded in an email that she reached a “comprehensive settlement” with Quitschau that is confidential and that she expects to be called as a witness in his ARDC case.

Mosby-Scott said in her email that she filed a lawsuit seeking discovery to determine who was behind the harassment. “I believe this kind of harassment should have consequences,” she said in the statement, thanking Matthew Majernik, an attorney at her firm, for bringing an end to the harassment.

“I hope any individual who has endured harassment via the internet will retain an experienced lawyer who is dedicated to helping their client identify who is responsible,” she added. “I further hope that identifying individuals who use the internet as a means of harassment will allow such conduct to cease in the future, as it has no place in our society.”

Updated at 8:24 a.m. to clarify first paragraph. second update at 3:11 p.m. Friday, Aug. 18 with information and comment from Mosby-Scott