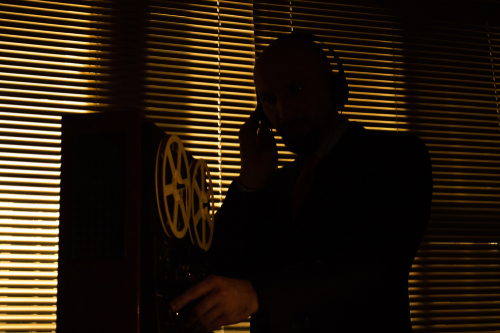 A suspicious finance director who found drywall debris in her law firm office asked a maintenance man to investigate. Her request eventually led to the discovery of wires running to cameras, microphones and recording equipment.

By the time police were called two days later, on Sept. 12, some wires had been cut and a video recording device was missing, according to lawyer Michael Pike, who is representing the firm in an invasion of privacy lawsuit filed Feb. 8. “It’s very John Grisham,” he told the Palm Beach Post.

It’s not the only lawsuit that was filed after discovery of the devices at Steinger, Iscoe & Greene in Palm Beach County, Florida, the article reports. Two associates who were fired in October also have sued the firm. Also gone is name partner Gary Iscoe, who reportedly received an undisclosed amount of money as part of a confidential agreement.

Steinger Iscoe is a personal injury law firm known for TV ads with the slogan, “We know money matters!”

The associates deny they had anything to do with the recording devices. Their lawyer, who is a friend of Iscoe’s, also denied any involvement by Iscoe, saying he “had zero to do with it.”

One of the associates, Lee Levenson, said he thinks they were fired as part of an ongoing war between Iscoe and law firm founder Michael Steinger. The associates were thought to be on Iscoe’s side, Levenson said.

In their nearly identical lawsuits, the associates claim they were fired because of their hostility to practices they considered unethical. One alleged practice they identified was a “no surgery, no case” policy. They say the policy encouraged clients to have expensive surgery to increase settlement amounts.

The suit also alleged the firm paid runners to find clients and used staff members to do work that should be done by lawyers.

The recording devices were discovered mainly in Steinger Iscoe’s finance, marketing and human resources departments. When police investigated, they looked at security camera tapes and noticed two people entering the law firm at about 10:30 p.m. on Sept. 9, the evening before the finance director found debris on her floor.

One of the intruders was identified as a 26-year-old man who worked as an investigator for Levenson at the law firm. Steinger told the Palm Beach Post that Levenson had advised the investigator he should hire a lawyer and decline to cooperate with police. Steinger said that’s why he fired Levenson.

Levenson wouldn’t comment on the situation but said hypothetically it would be malpractice to tell someone to speak to police without a lawyer.

The investigator is the defendant in the invasion of privacy lawsuit filed on the firm’s behalf by Pike. “We have to publicly address the issue through litigation so Michael [Steinger’s] name is cleared and the person who did it is held responsible for his actions,” Pike said. “This suit will lead us to the discovery of any other people involved.”