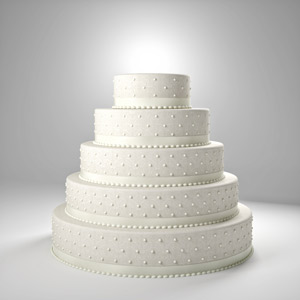 A Christian cake baker in Lakewood, Colorado, has lost an appeal that claimed he had a First Amendment right to refuse to provide a cake for a gay couple to celebrate their wedding.

The Colorado Court of Appeals ruled that baker Jack Phillips of Masterpiece Cakeshop had an obligation to provide the cake under Colorado’s public accommodations law. The opinion (PDF) upheld a cease and desist order by the Colorado Civil Rights Commission. The New York Times and the Wall Street Journal Law Blog have stories.

Phillips had told Charlie Craig and David Mullins in July 2012 that his religious beliefs prevented him from baking the cake but he would be happy to sell other baked goods. Phillips says he believes decorating cakes is a form of art, that he can honor God with his artistic talents, and he would displease God by creating cakes for same-sex weddings.

In its decision on Thursday, the Court of Appeals said that creating a cake is not sufficiently expressive to trigger First Amendment protections. “We conclude that the act of designing and selling a wedding cake to all customers free of discrimination does not convey a celebratory message about same-sex weddings likely to be understood by those who view it. We further conclude that, to the extent that the public infers from a Masterpiece wedding cake a message celebrating same-sex marriage, that message is more likely to be attributed to the customer than to Masterpiece.”

The court cited a 2006 Supreme Court case in which law schools challenged a federal law denying funding to schools that ban military recruiters from their campuses. The court rejected an argument that forcing the schools to admit the recruiters compelled the message that they saw nothing wrong with the military’s “don’t ask, don’t tell” policy on gay service members. Students would be able to appreciate the difference between speech a school sponsors and speech it permits because of legal requirements, the Supreme Court said in Rumsfeld v. Forum for Academic & Institutional Rights.

The Colorado appeals court said it recognized that a wedding cake in some circumstances may convey a particularized message celebrating same-sex marriages and First Amendment speech protections may be implicated in such cases.

“However, we need not reach this issue,” the court said. “We note, again, that Phillips denied Craig’s and Mullins’ request without any discussion regarding the wedding cake’s design or any possible written inscriptions.”

Lawyers for Phillips said they would probably appeal.