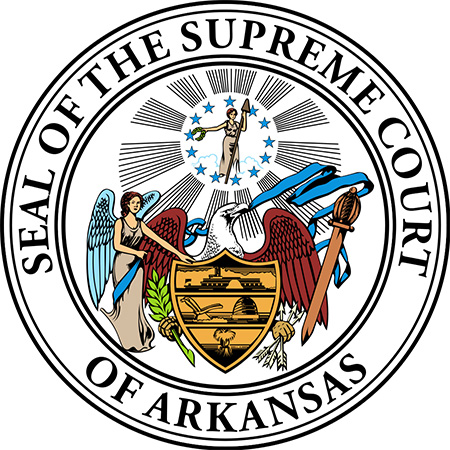 Five Arkansas Supreme Court justices are trying to block the state’s judicial discipline agency from sanctioning them over their quick decision to remove a judge from capital cases after he participated in death penalty protests.

Two other justices—Courtney Goodson and Robin Wynne—did not join the petition. The entire court plans to recuse itself from hearing the justices’ petition, a lawyer for the justices told AP and the Arkansas Democrat-Gazette.

The commission’s formal charges had alleged that the justices didn’t give Judge Wendell Griffen of Little Rock enough time to respond to an emergency petition seeking to vacate his order blocking the use of an execution drug. Nor was Griffen notified or given an opportunity to be heard on the court’s decision to go further and remove him from all death penalty cases, both civil and criminal, the commission said.

The formal charges described the Arkansas Supreme Court’s removal of Griffen from capital cases without sufficient notice as “arbitrary and capricious conduct.”

“We do not believe that just because the supreme court has superintending control over lower courts, its justices are somehow insulated from the processes of the Arkansas Judicial Discipline and Disability Commission, especially when the supreme court’s own action results in the de facto disciplining of another judge” without the safeguards of the discipline process, the formal charges stated.

The petition by the five justices counters that their action against Griffen was a recusal order that was not disciplinary in nature, issued under their supervisory power over state courts.

The justices also cite commission rules that say the commission has no jurisdiction over judges for legal decisions when there is no fraud, corrupt motive or bad faith. There were no such allegations in the case against the justices.

Griffen had filed the ethics complaint that led to the ethics charges, initially filed against six of the court’s seven justices. The court’s seventh justice was charged a few weeks later because of a delay in notifying him, the Arkansas Times reported.

Griffen had participated in anti-death penalty protests on April 14, 2017, the same day he issued the decision blocking the execution drug. At 4:23 p.m. the next day, a Saturday, the supreme court clerk notified Griffen about the emergency petition, filed by the state’s attorney general, in an email sent to his office. The notice said Griffen had to respond by 9 a.m. on Monday.

Griffen didn’t respond on Monday, and the court issued its per curiam opinion tossing Griffen from death penalty cases at 10:33 a.m. on the same day. Chief Justice John Dan Kemp issued a partial dissent saying he would reassign Griffen only on the pending case.

Griffen himself faces ethics charges for participating in the demonstration. He also filed a suit claiming that his disqualification from death penalty cases violated his constitutional rights, but the case was tossed by the 8th U.S. Circuit Court of Appeals at St. Louis earlier this year.

The justices said the 8th Circuit decision found Griffen’s claim to be meritless and the issue cannot be relitgated.