5 justices expected to miss Trump's State of the Union address 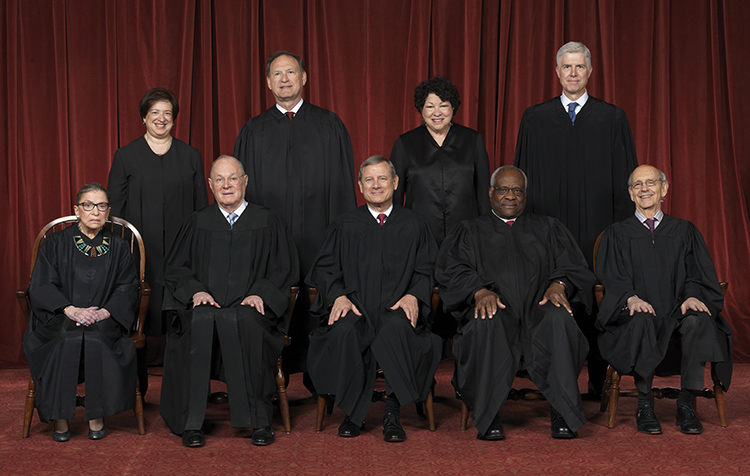 Only four justices are expected to be present Tuesday evening when President Donald Trump gives his State of the Union address.

Justices who will attend are Chief Justice John G. Roberts Jr. and Justices Neil Gorsuch, Stephen G. Breyer and Elena Kagan. CNN and the Washington Examiner have the news.

Ginsburg had criticized Trump during the presidential campaign and later expressed regret for her comments. Twitter commenters criticized Ginsburg for her planned absence on Tuesday, but they ignored the fact that Ginsburg had scheduled two public appearances in Rhode Island before the date for Trump’s address was announced, the National Law Journal reports. She also missed Trump’s address to Congress last year.

Several justices have missed prior State of the Union addresses, according to a study cited by the National Law Journal. In the early 2000s the only justice who attended for three years in a row was Breyer.

Justice Clarence Thomas has said he doesn’t attend because of all of the partisanship, while the late Justice Antonin Scalia had avoided the addresses because he considered them “a childish spectacle.”

In 2010 Justice Samuel A. Alito Jr. mouthed the words “not true” when President Barack Obama criticized the Citizens United ruling during a State of the Union address. He concluded afterward that it is better to stay away from the speeches.

Third paragraph clarified to state that Trump’s address was to Congress last year.