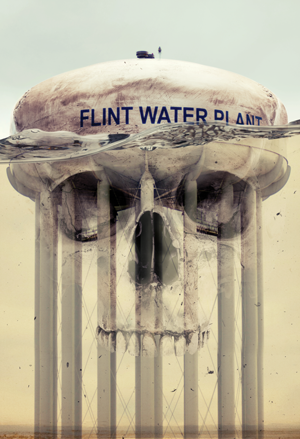 The leader of Michigan’s health department and four other state water officials have been charged with involuntary manslaughter in the death of an 85-year-old man who succumbed to Legionnaires’ disease in an outbreak that prosecutors are linking to Flint’s water supply.

The highest-ranking official charged on Wednesday is Nick Lyon, director of Michigan’s Department of Health and Human Services, MLive.com reports. The Detroit Free Press published a press release announcing the charges. Lyon is also charged with misconduct in office.

The charges allege the officials failed to notify the public and failed to take action to stop the outbreak, allowing the disease to continue spreading through Flint’s water system. Lyon is accused of waiting nearly a year before informing the public about the Legionnaire’s risk.

Water officials had switched Flint’s water supply in April 2014 from Lake Huron to the Flint River to save money, but didn’t treat the corrosive water to prevent lead from leaching into it. Multiple Legionnaires’ deaths occurred after the switch, according to the press release.

Some have debated whether the Legionnaires’ outbreak was caused by the water supply or a local hospital, according to a story from the Detroit News. As a result, it could be difficult to prove that action would have prevented the death, according to Wayne State University law professor Peter Henning.

Also charged on Wednesday was Dr. Eden Wells, the state’s chief medical officer, with obstruction of justice and lying to an officer. Fifteen people in all have been charged in the water crisis, including two former emergency managers with misconduct in office.