A federal judge in Missouri has granted a preliminary injunction to prevent a Missouri town from prosecuting drivers for flashing their headlights.

“Even assuming, arguendo, that plaintiff or another driver is communicating a message that one should slow down because a speed trap is ahead and discovery or apprehension is impending, that conduct is not illegal,” Autrey wrote. The ordinance used to prosecute Elli “was clearly inapplicable to the expressive conduct at issue.” 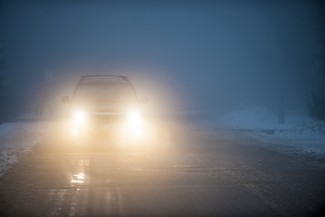 The ACLU of Missouri sued on behalf of Elli. The group’s legal director, Tony Rothert, tells the Post-Dispatch that the decision is the first by a federal judge to address the issue. He hopes that other jurisdictions “take note of the court’s order,” he says. “And if we hear about it happening after today, we will contact them, and ask them to stop.”

Elli was given a citation for flashing his lights after observing a speed trap in November 2012, according to Autrey’s opinion (PDF). He was accused of violating an Ellisville ordinance that restricted flashing signals to specified vehicles such as school buses. A municipal judge advised Elli that the standard punishment for the violation was $1,000. When Elli said he planned to plead not guilty, the opinion says, the municipal judge “became agitated and asked plaintiff if he had ever heard of ‘obstruction of justice.’ ”

The charge was later dismissed. The town says it has since discontinued its practice of ticketing under the ordinance. The state of Missouri, however, has a statute that is nearly identical, Autrey said. The town’s policy fails to ensure that Elli can exercise his First Amendment rights of free speech, Autrey said, because of the possibility that other statutes—such as the state statute—will be used to quash Elli’s message.