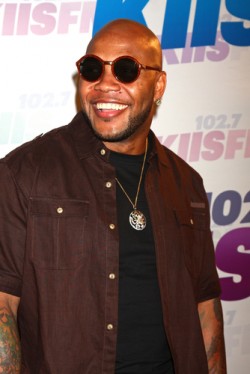 Facebook was not an appropriate tool to serve U.S. performer Flo Rida with a breach of contract lawsuit, an Australian appellate court recently found.

According to the New York Daily News the musician, whose real name is Tramar Dillard, did not show up for a 2011 music festival in Newcastle, Australia. He was reportedly paid $377,000 to perform. His management, VIP Entertainment and Concepts, was also named as a defendant, Billboard.com reports.

An Australian NSW District Court judge initially gave plaintiff Mothership Music permission to serve Dillard through Facebook, after the concert promoter had troubles notifying him in person. Flo Rida, known for pop songs including “Good Feeling” and “Club Can’t Handle Me,” appealed the ruling. His lawyers argued that he wasn’t properly served, and the judge did not have jurisdiction to serve a summons by Facebook.

The appellate court found that the social media site was not an appropriate vehicle to serve notice.

“The evidence did not establish, other than by mere assertion, that the Facebook page was in fact that of Flo Rida,” Justice Robert McFarlan wrote, “and did not prove that a posting on it was likely to come to his attention in a timely fashion.”

Previously courts in Australia, Canada, New Zealand and the United Kingdom have allowed for electronic service, the ABA Journal has reported, but it is rare in the United States.