Florida lawyer arrested for removing her clothes at a bar; it was second arrest in 2 days 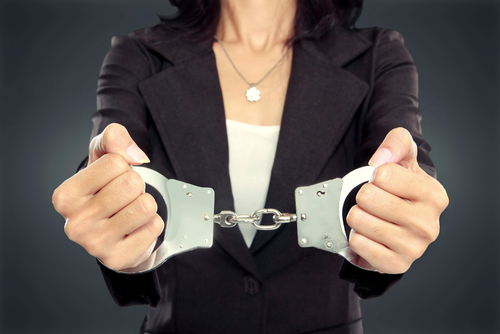 A Florida lawyer was arrested on a charge of misdemeanor disorderly conduct after she allegedly stripped naked at a bar and refused to leave.

Police arrested 49-year-old lawyer Kelly Elizabeth Elkins of Treasure Island, Florida, in the early morning hours of Feb. 18. She was released on her own recognizance later that day, according to Pinellas County, Florida, jail records.

The Smoking Gun, Above the Law, the New York Post and the Daily Mail are among the publications with coverage of Elkins’ arrest at the Beach Lounge in St. Pete Beach, Florida.

According to the arrest report, the manager of the Beach Lounge had refused to serve Elkins because of intoxication. She then walked into the restroom and came back out “completely naked,” the report alleged.

The manager told Elkins to get dressed, but she allegedly refused to do so. An officer who arrived at the scene also asked Elkins to put her clothes on, but she donned on a zip-up hoodie, without zipping up the garment, the arrest report said.

When the officer asked Elkins to put on her pants, she allegedly refused, stating that she was too tired.

She was arrested two days earlier on a charge of obtaining food with an intent to defraud.

According to the arrest report, Elkins entered the Nori Thai Restaurant in St. Pete Beach, Florida, on the afternoon of Feb. 16 and consumed food and alcoholic beverages valued at about $38.

She “offered to give the establishment her purse for payment and did not have funds to satisfy the charges,” the report said.

She was released on her own recognizance on that charge Feb. 17.

Elkins is a 2000 graduate of the John Marshall Law School who was admitted to the Florida Bar in 2001, according to her bar profile.

She did not immediately respond to an ABA Journal email seeking comment.