Florida Coastal, which has 47.7% bar pass rate, out of compliance with ABA accreditation standards 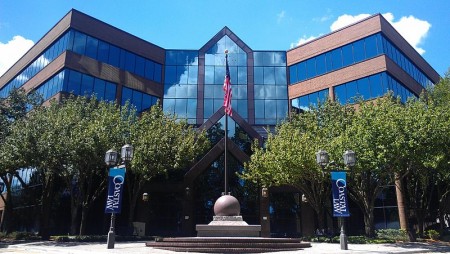 Florida Coastal School of Law is “significantly out of compliance” with various ABA accreditation standards involving program objectives, academic advising and admissions policy, the organization wrote in a letter to the school this month.

The for-profit law school is part of the InfiLaw System. Scott DeVito, Florida Coastal’s dean, told Above the Law that he believes they are compliance with the standards, and he’s writing a response to the ABA’s Section of Legal Education and Admissions to the Bar.

DeVito told the ABA Journal on Monday that his school has raised the bottom quartile of its LSAT scores to 145 as of 2017, compared to 141 in 2016.

“We do not have the admission standards for 2017 from other law schools, but we can compare to last year’s published statistics. Based on those statistics, our current incoming credentials are better than 23 other law schools and are on a par with an additional 15 law schools,” he wrote in an email.

The ABA letter (PDF) to Florida Coastal, dated Oct. 12, is signed by Barry Currier, managing director of accreditation and legal education. The standards that the law school is not in compliance with are:

Florida Coastal’s first-time pass rate for the July 2017 Florida bar exam was 47.7 percent (63 out of 132), according to the state’s board of bar examiner’s data.

Two other InfiLaw schools, Charlotte School of Law and Arizona Summit School of Law, are currently on probation by the ABA for noncompliance with academic and admissions standards.

See also: Charlotte School of Law not alone in facing an uncertain future

Charlotte School of Law closed in August. That followed the U.S. Department of Education in December pulling its student loan funds after determining that the law school was not honest with current or prospective students about its accreditation issues. The North Carolina attorney general’s office opened civil fraud investigation (PDF) into the school in March..

Arizona Summit submitted its reliable plan to the ABA in in May, according to Penny L. Willrich, the school’s dean. In July 2017, 35 of its graduates took the Arizona bar for the first time, and 9 passed, according to data (PDF) released by the Arizona Supreme Court’s examinations committee. The school’s total pass rate for the exam was 20.1 percent (26 out of 129).