Florida police try to use dead man's finger to unlock his phone; was a warrant needed? 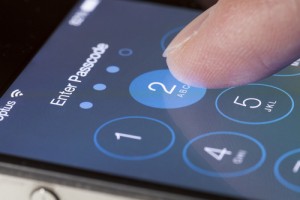 Police in Largo, Florida, investigating the death of a man shot by one of the department’s officers visited a funeral home last month in an effort to unlock his phone.

Police held the dead man’s finger to the phone, but were unable to unlock it, the Tampa Bay Times reports. Police said they didn’t believe a warrant was needed because there is no expectation of privacy after death. Experts interviewed by the newspaper agreed.

Linus Phillip had been killed March 23. Police said they had pulled over Phillip’s car at a gas station because of illegally tinted windows and then detected the smell of marijuana in his car, according to past coverage by the Times. Before police could search Phillip, he jumped back in the car and tried to drive away while an officer was still partly in the vehicle, according to the police account. The officer fired his gun in self-defense, then fell out of the car, police said.

Lt. Randall Chaney told the Times that police wanted the phone data for their death investigation as well as a separate drug probe involving Phillip.

Stetson University College of Law professor Charles Rose told the Times that a dead person can’t own property and can’t assert Fourth Amendment protections. “While the deceased person doesn’t have a vested interest in the remains of their body, the family sure does, so it really doesn’t pass the smell test,” Rose said.

Another expert, Remigius Nwabueze of Southampton Law School in England, points to a Michigan decision that found a county medical examiner could take a blood sample from a man killed in a car crash.

“The law has been most cruel, really unforgiving to a dead person,” Nwabueze told the Times. “It provides no entitlement or legal rights after death to a deceased person.”