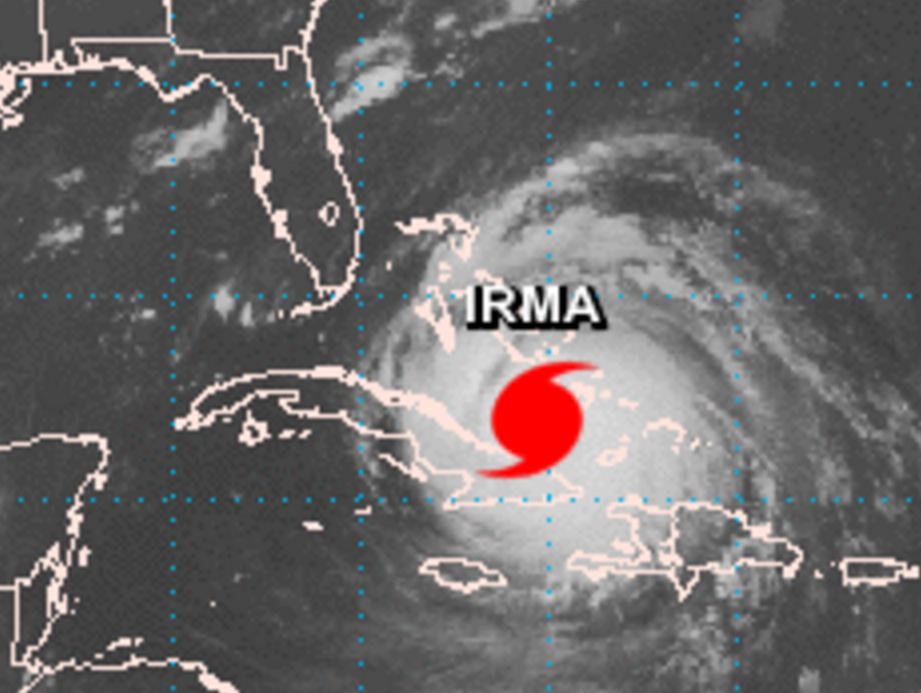 A screenshot from the National Hurricane Center in Miami showing the location of Hurricane Irma at 10:53 a.m. ET on Friday.

Updated: The Florida Supreme Court has issued an order closing all Florida state courts on Friday and extending time limits through Monday. Some state courts in Georgia, meanwhile, were also announcing closings as Hurricane Irma threatened the coastline.

The Florida order (PDF) noted that Gov. Rick Scott has declared a state of emergency and ordered the closing of all state offices on Friday because of the approach of Hurricane Irma. The hurricane, downgraded to a Category 4, was expected to reach Florida and the Southeastern United States by this weekend and early next week, according to the Washington Post.

Georgia Gov. Nathan Deal, meanwhile, issued a mandatory evacuation order on Thursday for areas east of I-95 and other parts of the state’s coast, the Atlanta Journal-Constitution reports. The Judicial Council of Georgia is posting court closings at this website; as of Thursday afternoon, courts in eight counties had announced closings.

Florida law firms were also preparing for Hurricane Irma, Law.com (sub. req.) reports. Akerman announced Wednesday that it was closing offices in Miami, Fort Lauderdale, Naples, Boca Raton and West Palm Beach. GrayRobinson announced on its website that its offices in Key West, Miami, Fort Lauderdale, Boca Raton, Naples and Fort Myers were closed until further notice. And Holland & Knight was moving some people in its Tampa office to other locations.

Florida state courts in Monroe County, which includes the Florida Keys, had already closed Wednesday, and courts in more than a dozen other counties were planning Thursday closings, according to this information page. The Third and Fourth District Courts of Appeal were also closing on Thursday.

Several federal courts were also closing. The federal courts in Puerto Rico and the U.S. Virgin Islands closed Tuesday, according to a press release. The Southern District of Florida also announced court closings in Key West on Wednesday, and in the counties of Miami-Dade, Broward, Palm Beach and St. Lucie beginning Thursday. In the Middle District of Florida, the U.S. Courthouse and Federal Building in Fort Myers closed for Thursday and Friday. The building housing Miami offices of the 11th U.S. Circuit Court of Appeals was also closing on Thursday and Friday.

Updated with additional closings at 3:25 p.m. on Sept. 7. Updated on Sept. 8 to report storm was a Category 4.