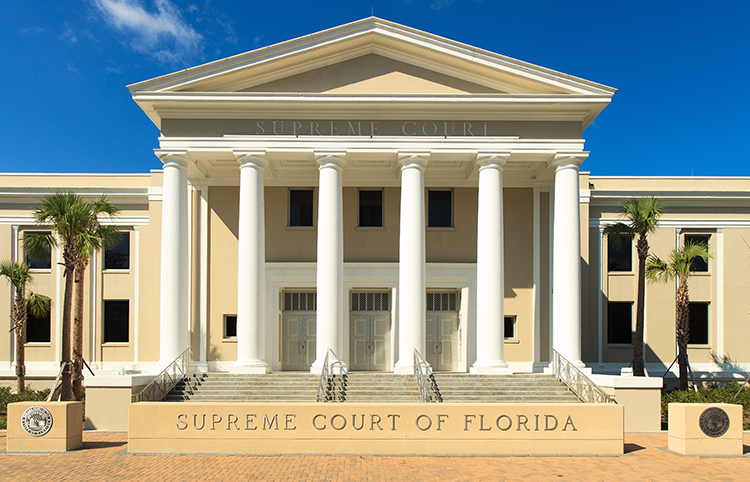 The Florida Supreme Court has ruled that the state's next governor, not current Gov. Rick Scott, has the authority to choose justices for three seats that will come open in January.

“The governor who is elected in the November 2018 general election has the sole authority to fill the vacancies,” assuming everything goes as planned, the court wrote in a brief order on Monday. “Governor Scott exceeded his authority by directing the Supreme Court Judicial Nominating Commission to submit its nominations to fill these vacancies by November 10, 2018.”

The ruling may put to rest a debate that’s raged in Florida for nearly two years and included a prior trip to the state’s highest court. Three justices of the court—Barbara Pariente, Fred Lewis and Peggy Quince—will retire on Jan. 7, 2019, because of Florida’s mandatory retirement age. That’s the exact same moment when Scott, who is not running for re-election, turns over the state to a governor to be elected next month—most likely either Republican Ron DeSantis or Democrat Andrew Gillum.

Scott, a Republican, had said at a December 2016 press conference that he would appoint the three new justices, who together could sway the political makeup of the seven-member court. Months later, the League of Women Voters Florida and Common Cause Florida petitioned the Florida Supreme Court for a writ of quo warranto preventing Scott from appointing the justices, arguing that the vacancies wouldn’t exist until Scott was no longer governor.

The court dismissed that case as unripe in December 2017. But in September, Scott asked the government body that brings nominees to the governor for consideration, the Florida Supreme Court Judicial Nominating Committee, to submit nominations to fill the vacancies no later than Nov. 10. The League and Common Cause filed a new petition Sept. 20, arguing that the case had become ripe because Scott took action toward filling the vacancies.

The Florida Supreme Court agreed Monday, saying that if the justices didn’t retire early and the new governor took office on time, Scott had no authority to fill the anticipated vacancies. Its order further noted that the 60-day period laid out by Florida law for making appointments doesn’t start until a governor with authority to make the appointments is in office.

The court also ordered oral arguments on a separate but related issue: When can the judicial nominating committee certify its nominations? Certification brings a list of candidates to the governor, triggering the 60-day period during which the governor must choose a candidate. Scott had directed the committee to certify candidates by Nov. 10, but the court noted that the committee is an independent body that has no obligation to meet that deadline. It set oral arguments on the certification issue for Nov. 10.

As a forthcoming article in the November issue of the ABA Journal notes, the dispute is highly political. The three departing justices are considered liberals, and the political orientation of their replacements could sway the balance of their seven-member court. Scott is a Republican who has repeatedly and publicly condemned what he calls “activist judges.” He has also been unusually active in stocking the judicial nominating committee with people friendly to his cause, repeatedly using his power under state law to reject nominees offered by the State Bar of Florida.

Because that committee chooses judicial candidates, it’s not clear that the next governor will be able to choose someone Scott wouldn’t have chosen. D’Alemberte, who helped write the judicial nomination rules as a state legislator in the 1970s, says a new governor may not disregard the committee’s suggestions. The law only permits the governor to remove members for cause, and what constitutes “cause” has not been litigated.

The campaigns of both Gillum and DeSantis released statements on the ruling, emphasizing the importance of the judicial nominations in the election, the Orlando Sentinel reported.