For Lawyers, the Appeal of Social Media Is Obvious. It’s Also Dangerous 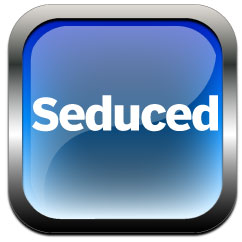 Sean W. Conway thought he was writing an ordinary blog post. He never suspected he would wind up facing ethics charges.

“I felt completely within my rights as a citizen, exposing what I thought was an injustice,” he says. It seemed to the then-35-year-old defense attorney that a Florida circuit court judge was methodically depriving criminal defendants of their right to a speedy trial. Instead of allowing them four or five weeks to prepare for trial, as was routine, Judge Cheryl Alemán was asking defendants whether they were ready for trial only about a week after their arraignment, according to Conway.

This, he believed, was a deliberate ploy by Alemán to force defendants to ask for a continuance, thus waiving their right to a speedy trial.

He tried to fix the situation by going through appropriate channels. “I notified the judicial watchdog agency and nothing came of it,” he says.

Then Conway tried another tack. On Oct. 30, 2006, he put 11 paragraphs on JAABlog, where attorneys discuss issues concerning the Broward County Court. “I thought the most appropriate thing was to expose what [Alemán] was doing,” he says.

Conway’s blog post did that—and more. After asserting that Alemán was trying “to make defendants waive their right to a speedy trial,” the post excoriated the judge. It called Alemán—who died of lung cancer on Dec. 2, 2010—an “evil, unfair witch,” “seemingly mentally ill” and “clearly unfit for her position and knows not what it means to be a neutral arbiter.”

Conway chose his invective deliberately. “I wanted to protect people, and the only power I had was my words, so I was going to use the most powerful ones I had.”

The Florida Bar, however, concluded that he had violated five ethics rules, including Rule 4-8.2(a) (making false or reckless statements regarding the qualifications or integrity of a judge) and Rule 4-8.4(d) (engaging in professional conduct that is prejudicial to the administration of justice). Conway argued that his actions were protected by the First Amendment, but the Florida Supreme Court rejected this. In the end, Conway acquiesced with a public reprimand and a fine of $1,250.

Click to read the rest of “Seduced” in February’s ABA Journal.