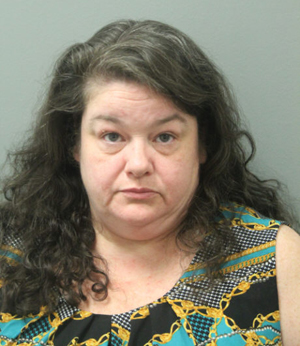 Former ABA employee Karen M. Healy of Chicago has been charged with felony theft by deception for the alleged theft of cellphones and iPads worth nearly $1.3 million that she ordered in the name of the association.

Healy was the finance administrator for the ABA’s Information Services Department for about 14 years, according to an Aug. 15 factual proffer supporting bond filed by Cook County prosecutors. In this position, she was the primary buyer for information technology products and services for the IS department and other ABA departments.

The proffer alleges that Healy ordered 1,715 cellphones and 10 iPads from ABA vendors that were worth about $1.289 million.

Before approving the vendor invoices, Healy altered the paperwork to indicate that other items or services had been purchased, the proffer says. “To further her deceitful scheme,” the proffer says, “Healy would reallocate the cellphone costs to various accounts, eliminating any description or mention of cellphones. These costs were also allocated to various departments throughout the ABA.”

A review by Grant Thornton substantiated the amount and the extent of the theft, according to the proffer.

The ABA requires a property pass to remove packages and boxes from the building. Healy allegedly obtained the passes by telling her supervisor that all her personal purchases are shipped to the ABA because her home is on a busy street in Chicago, and any items left on her doorstep were at risk of being stolen.

The ABA had reported on a tax form that the alleged theft totaled about $1.3 million, and it occurred over a period of eight years.

The thefts were initially small, but they were detected last September when they increased significantly, according to ABA Executive Director Jack Rives.

Local authorities were advised as soon as the thefts were detected, and they were kept informed as facts were developed, both internally and by an external forensic team, according to a statement by Rives.

During the eight-year period when the thefts occurred, the ABA had total expenses above $1.7 billion, Rives says. He also says the ABA is finalizing settlement with its insurer and expects to recover all but a small amount of the cost of the stolen items.

Healy appeared in court for a status conference Wednesday, and the case was continued to Sept. 5.