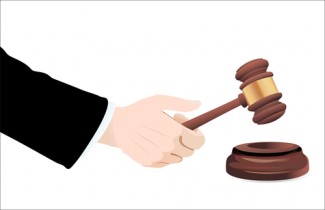 A former lawyer at Willkie Farr & Gallagher and Hunton & Williams has pleaded guilty in a phony invoice scheme that bilked the law firms out of nearly $7.9 million.

Keila Ravelo pleaded guilty on Monday to tax evasion and conspiracy to commit wire fraud, report Law.com (sub. req.), NJ.com and the Englewood Daily Voice. Seven other counts were dropped in the plea deal that calls for a sentence of four to six years in prison.

Federal prosecutors are seeking forfeiture of property that includes a $2.3 million home in Englewood Cliffs, New Jersey; a $1 million Miami condo; and a Bentley sedan valued at more than $80,000, according to the Daily Voice.

In a statement released Monday, Sadow said Ravelo took responsibility for her conduct, which was her “failure to expose her husband’s fraud” when she became aware of it in 2012.

“Under intense emotional pressure to keep silent, she wrongfully covered up his fraud, and by doing so, allowed it to continue,” the statement said. “It has taken her time to come to grips with the reality of her conduct, and after three long years of living with this nightmare and having lost everything, looks forward to putting this behind her.”