Former Paul Hastings lawyer Samuel “Sandy” Rosen retired to Florida and took up bridge, but that didn’t stop him from litigating.

Rosen sued the Fort Lauderdale Bridge Club Inc. in state and federal courts after he was ousted from membership in February 2010, the Daily Business Review reports. Above the Law noted the story. 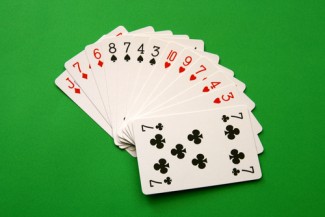 The Daily Business Review describes Rosen as “a hard-knuckle litigator who represented the Church of Scientology against its detractors.” Court documents say he was ousted from the club because of “alleged behavioral issues.”

The club filed for Chapter 11 protection in February 2013 “to create a breathing spell from the onslaught of litigation filed by Mr. Rosen,” the club’s lawyer wrote in the petition. But Rosen was undaunted; the bankruptcy case has more than 600 docket entries as Rosen pursued motions and litigation, the story says.

The original court-appointed bankruptcy trustee, Kenneth Welt, resigned this summer, writing in a letter to the Office of the U.S. Trustee that the focus of the case should be on the reorganization and “not in depleting estate funds in dealing with frivolous allegations of a serial litigant.”

The new bankruptcy trustee, Joel Tabas, refused to renew Rosen’s membership in the club for 2014, though Rosen had won the right to reinstatement through litigation. That decision spurred an angry Dec. 10 letter from Rosen, now part of the court file, the story says.

“At the cost of being blunt,” Rosen wrote, “permit me to resort to scatological commentary to tell you Joel that you’re about the most untrustworthy, double-dealing sack of s–t I’ve met I can’t remember how long.”

Rosen’s lawyer, Douglas Broeker, told the Daily Business Review that Rosen’s letter to Tabas was written because of his extreme frustration, compounded by a severe illness. He also says Rosen is not a serial litigant and merely wants his state court judgments enforced rather than frozen by the bankruptcy filing.