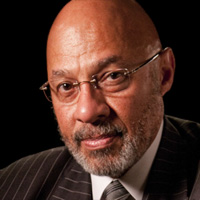 Former Detroit Mayor Dennis Archer has been named chairman of a new ABA Task Force on the Financing of Legal Education.

The task force will look at the cost of legal education for students, the financing of law schools, student loans and educational debt, according to a press release. It will also consider law schools’ use of merit scholarships, tuition discounts and need-based aid.

President James R. Silkenat says the task force will conduct a comprehensive study of the issues and make recommendations. “As law school tuitions and educational debt loads increase at the same time employment opportunities for recent graduates are constrained, the ABA needs to lead a thorough examination of the financing of legal education and law schools,” Silkenat said in the press release.

Archer was mayor of Detroit from 1994 to 2001. He also formerly served as ABA president, a Michigan Supreme Court justice and chairman of Dickinson Wright. He isn’t the only mayor on the task force; former Baltimore Mayor Kurt Schmoke is also a member.