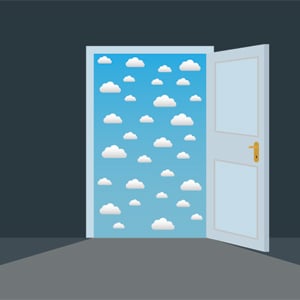 In the spring Tarra Simmons is expected to graduate from Seattle University Law School, less than five years after serving a state prison sentence for drug and theft convictions. In December she was awarded a Skadden Fellowship, and has plans to use the money working with low-income people recently released from incarceration.

Simmons is the first person from her law school to received the fellowship, and the only recipient who has been incarcerated, according to the Kitsap Sun. The awards, funded by the law firm Skadden, Arps, Slate, Meagher & Flom, pays recipient’s salary and benefits for two years. If a fellow is not covered by a law school low-income protection plan, Skadden will pay part of his or her law school loans during the fellowship. Established in 1988, the fellowships are intended to allow recipients to pursue public-interest work.

Simmons, who currently works with a group that holds workshops for people recently released from prison, was gassing up her car when she got word of the fellowship. She’s one of 30 fellows for 2017.

“I just started crying,” she told the paper. “I told everyone I would be crying ecstatic or crying heartbroken.”

After becoming a mother at the age of 15, Simmons, now 39, earned a degree as a registered nurse. She worked as a nurse for 11 years, according to an interview she did with her law school. When her father died she developed a pill and meth addiction, which she associates with self-medicating for depression.

Simmons was charged with felony theft, drug possession and gun possession in 2011. She pleaded guilty to drug and theft charges, and received a two-and-a-half year sentence, the Kitsap Sun reported in an earlier article. She served 20 months in state prison.

The crimes didn’t involve work wrongdoing or stealing medication, the paper reported, so Simmons was able to keep her nursing license. However, due to her felony conviction no one would hire her.

“What do I do?” Simmons told the Kitsap Sun. “I said, ‘You know what? I’m just going to go to law school and change this thing that keeps me from getting a second chance.’”

She’s also had internships and externships with Disability Rights Washington and the ACLU of Washington. Now, besides helping with re-entry workshops and having a legal externship with the Public Defender Association, which will administer her fellowship, Simmons co-chairs Washington’s Statewide Re-Entry Council.

“Through this journey I met many others who also struggle with barriers of reintegration after incarceration. These barriers include finding employment, housing, reunifying with their families, and paying off the overwhelming debt imposed as part of a conviction,” she told Seattle University Law School.