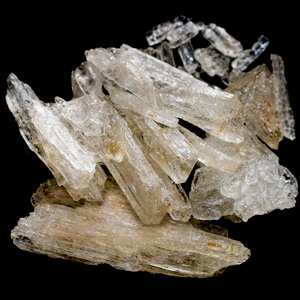 Photo of methamphetamine crystals from the DEA.

A former Georgia judge has been convicted on federal charges for allegedly conspiring to plant methamphetamine under the car of a woman who claimed he propositioned her when she sought his help in a legal matter.

Prosecutors alleged Cochran orchestrated the plot in which Cochran’s tenant planted drugs on the car of Cocharn’s accuser, Angela Garmley. Cochran then called police with a tip that she was carrying drugs, prosecutors said.

Garmley had claimed that Cochran propositioned her after she visited his office in April 2012 to try to get warrants against three people for allegedly assaulting her. She alleged that Cochran told her he needed a mistress and wanted her to come to his office wearing a dress and no underwear, according to the Times Free Press account.

Police stopped Garmley’s car in August 2012 for failing to dim its headlights for an approaching car, Assistant U.S. Attorney Jeffrey Davis told the Daily Report. Police used a drug dog in their search of the woman’s car, but were unable to find anything. At that point, a police officer who was Cochran’s cousin spoke with Cochran and informed police on the scene that the drugs were in a magnetic box attached under her car, Davis said.

Prosecutors also allege Cochran asked a childhood friend to lie and say he told Cochran about the meth.

Prosecutors dismissed charges against the woman after Cochran’s tenant admitted that he planted the drugs. Two deputies involved in Garmley’s arrest have pleaded guilty to obstruction charges in the case.

Cochran was convicted on charges of conspiracy against rights, deprivation of rights under color of law, conspiracy to distribute a controlled substance, and tampering with a witness.

Cochran’s lawyer, Page Pate, told the Daily Report he plans to appeal if he is unable to persuade the trial judge to set aside the conviction. Pate said Cochran received several tips about drug use by Garmley after her sexual misconduct allegations became public. The tenant who planted the drugs did so on his own in an effort to help Cochran, Pate alleged.

“I will continue to fight as hard as I can for Bryant,” Pate said. “Based on everything I know about this case, he is not guilty of any conspiracy to plant drugs.”

Updated at 10:31 a.m. to adjust references to Cochran.