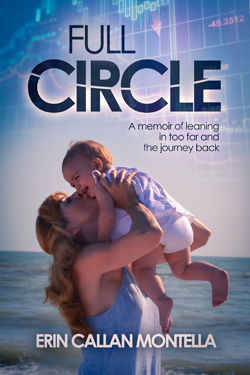 If she had her life to live over again, retired tax lawyer Erin Callan says she would try to do a better job of balancing her personal life with her work.

But the saga of the former Lehman Brothers chief financial officer turned out better than might have been predicted a few years ago, following her resignation after the financial crisis of 2008 and a suicide attempt, according to a new self-published memoir, reports the Wall Street Journal (sub. req.).

A lawyer at Simpson Thacher & Bartlett earlier in her career, Callan—who is now known by her married name, Erin Montella—had a law degree from New York University and joined Lehman in 1995. She prided herself on being a “Wall Street rock star” and put her career before family and friends.

However, this “extreme” focus on her work left her without the family and personal life she might otherwise have enjoyed along with her career, she wrote in a 2013 newspaper opinion column.

Yet today she and her husband, a retired New York firefighter she married in 2011, are now enjoying life together with their young daughter, who was born in 2015, she writes in Full Circle: A Memoir of Leaning in Too Far and the Journey Back.

“I was cut to the quick in 2008, seemingly in the prime of my career, and now I’m happier and more complete these several years later,” she writes.