Former minor leaguer, now a lawyer, sues MLB over salaries said to be below minimum wage 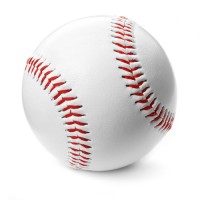 Former minor league pitcher Garrett Broshuis never made it to the big leagues, but Major League Baseball is taking notice of him now.

Broshuis went on to become valedictorian of his class at St. Louis University School of Law and then to file suit against MLB over the low salaries paid to minor league players. The suit, filed Feb. 7, claims the league violates federal wage and overtime laws by paying minor leaguers less than the minimum wage, report Mother Jones and the St. Louis Post-Dispatch.

Most minor league players are paid only $3,000 to $7,500 a year, the suit says. They don’t earn a paycheck during spring training or offseason instructional leagues.

Broshuis, a lawyer at Korein Tillery, told Mother Jones he has wanted to change the system since he was a player. “I went to law school to find a career,” he said, “but I also went in part to find a solution to this problem.”