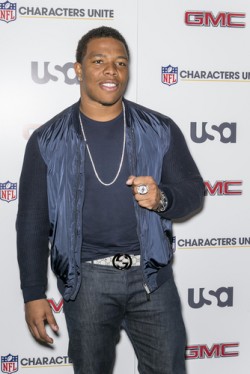 There has been widespread public criticism over seemingly light penalties initially imposed on now-former Baltimore Ravens running back Ray Rice for striking the woman who later became his wife in a casino elevator in February. But lawyers say concerns he may have gotten special treatment from prosecutors who agreed to a plea deal that likely won’t result in a conviction are unfounded.

As a first-time offender, Rice was allowed to participate in a pretrial intervention program and “received the same treatment by the criminal justice system in Atlantic County that any first-time offender has, in similar circumstances,” a spokesman for Atlantic County Prosecutor James McClain told Bloomberg in an email. The woman he struck—who was then his fianceé and is now his wife—supported that resolution of the case.

Two criminal defense lawyers who don’t represent Rice agree that the resolution of the case was not unusual. Although a video recently made public leaves little doubt about what occurred, “domestic violence cases routinely get PTI, sometimes when the physical violence is worse than what we see in that video, which paints a very graphic picture,” attorney Jack Arseneault told the news agency.

Arseneault and attorney Joseph Hayden also noted that it is difficult to prosecute such cases if the victim isn’t cooperative.

Rice was suspended indefinitely by the NFL and released by the Baltimore Ravens after a video showing him punching his then-fianceé in a casino elevator surfaced Monday. Video of Rice dragging her from the elevator emerged six months ago. The NFL initially responded to Rice’s criminal case by suspending him for two games. Last month, the NFL announced a policy mandating an unpaid six-game suspension for a first domestic violence offense, allowing for the possibility of aggravating circumstances to lead to an increased penalty.

Boston Globe: “What’s next for Ray Rice, the Ravens, and the NFL?”

USA Today: “Why was Ray Rice given a lenient sentence after being indicted for aggravated assault?”