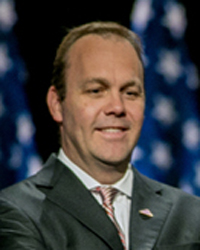 Gates will cooperate in the probe by special counsel Robert Mueller as a result of a plea deal, the Washington Post reports.

The second charge accuses Gates of lying to investigators on Feb. 1 about a meeting discussing Ukraine. According to BuzzFeed, that is the day that Gates’ lawyers in the case filed a motion to withdraw. A new lawyer, Thomas Green of Sidley Austin, entered an appearance in the case on Thursday.

The superseding criminal information alleges Manafort laundered more than $18 million in income from offshore accounts that he concealed from tax authorities, while Gates was accused of receiving more than $3 million from those accounts.

Each count has a maximum sentence of five years in prison.

According to the Post, “The plea caps a tumultuous 24 hours for Gates in which he was hit with fresh charges, changed lawyers and admitted crimes.”

Gates and Manafort were first charged in the special counsel probe in October. The two men were accused of laundering money received for their Ukrainian work.

On Thursday, Gates and Manafort were accused of tax violations and bank fraud in a new indictment. The indictment alleges the two men didn’t report earned income and fraudulently secured loans by falsely inflating Manafort’s income.

Manafort told the National Law Journal that he maintains his innocence despite Gates’ guilty plea.

“I had hoped and expected my business colleague would have had the strength to continue the battle to prove our innocence,” Manafort told the publication in an email. “For reasons yet to surface he chose to do otherwise. This does not alter my commitment to defend myself against the untrue piled up charges contained in the indictments against me.”

According to a source who spoke with ABC, Gates’ decision to plead guilty was “gut-wrenching,” and the deal didn’t come together until mid-week.

Manafort served as Trump’s campaign chairman for three months, while Gates was deputy campaign chairman. After Manafort was fired in August 2016, Gates became a liaison between the Trump campaign and the Republican National Committee.

According to the Times, Gates “was present for the most significant periods of activity of the campaign.”

Updated at 3:10 p.m. Friday to report on the guilty plea.