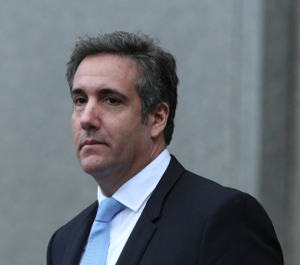 The investigation of Michael Cohen, a former lawyer for President Donald Trump, reportedly includes a probe of possible tax fraud.

According to the Wall Street Journal, federal authorities are examining whether Cohen underreported income from taxi medallions, which permit drivers to operate cabs. They are also investigating whether Cohen inflated the value of any of his assets to obtain loans for the taxi business from Sterling National Bank, according to the article, which is based on anonymous sources.

Prosecutors are also said to be investigating whether any bank employees allowed Cohen to obtain loans without proper documentation.

At one time, taxi medallions sold on the secondary market for as much as $1.25 million each. Their value has dropped since the rise of ride-booking services.

So-called “taxi king” Evgeny Freidman, a disbarred lawyer, had worked with Cohen and is reportedly cooperating in the investigation. Freidman pleaded guilty to criminal tax fraud in May for failing to pay taxes to New York state.

Previous reports have said Cohen is being investigated for possible bank fraud, wire fraud and campaign finance violations. The FBI raided his home, office and hotel room in April. Among the documents reportedly sought were records on payments to two women who claimed they had affairs with Trump, adult films actress Stormy Daniels and former Playboy model Karen McDougal.