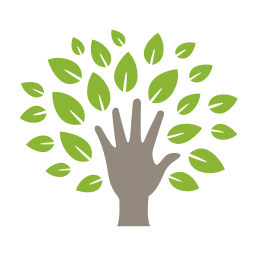 Many LSAT prep courses now are offered by for-profit groups for a fee.

“We’re always looking for ways to help get information out there to test takers so they can prepare on their own, and they don’t need to invest a lot of money to do this,” Lily Knezevich, the LSAC’s senior director of test development, told the ABA Journal. “We wanted to level the playing field and make law school accessible to all who are interested in pursuing law.”

Test developers who used Khan Academy with their children brought the platform to the LSAC’s attention.

“It seemed like a linear course with an adaptive platform, where test takers could pick and choose lessons that they wanted to work on,” Knezevich said. “It’s very user-friendly, and Khan Academy’s guiding mission is to make the materials accessible. It’s going to be very useful for anyone who is preparing for the test.”

The LSAC will provide financial support for the platform designed by Khan Academy, which according to its website is funded through individual donations as well as significant funding from Google and the Bill & Melinda Gates Foundation. When asked if the LSAC was influenced by recent discussions about using other entrance tests, like the GRE, for law school admission, Knezevich said no, adding that conversations between her group and Khan Academy started more than two years ago.

“We want to make law school accessible to all who are interested in pursuing it, and we don’t want cost to be an issue,” Knezevich said.

Indeed, economic situations’ influence on law school opportunities, with race frequently figuring into the discussion, is a long-standing concern among many lawyers. A study released this month found that although law schools have become more generous with merit scholarships, most of the funds go to affluent students. LSAT scores frequently determine who gets the scholarships, according to the study.

“It’s been long known that well-to-do students are better able to maximize their performance on the [LSAT] through preparation aids that are cost-prohibitive to many other students,” says Aaron Taylor. He serves as director of the Law School Survey of Student Engagement, which released the law school merit scholarship survey.

It’s interesting, Taylor adds, that for many years, the LSAC’s position was that its test could not be “gamed” by commercial test prep courses.

“The Khan partnership seems to be a tacit—and long-overdue—acknowledgement that these tests can not only be gamed, but have been gamed,” says Taylor, a Saint Louis University School of Law professor. “Hopefully the partnership will be designed to provide substantive assistance to all prospective applicants, irrespective of their socioeconomic backgrounds.”

Previously, good LSAT prep courses cost more than $1,000, says Dave Killoran, CEO of PowerScore Test Preparation. Today, people planning to take the test can instead purchase books like the LSAT Bible Trilogy, which his company publishes, for less than $200.

“LSAT students tend to be an intelligent, discerning group, and I’m sure they will welcome the Khan Academy offerings,” Killoran says. “They will likely use it as just one more tool in their arsenal, and the value of this preparation will largely depend on the quality of the material and presentation.”

Salman Khan, a former hedge-fund analyst, started Khan Academy in 2008. It initially focused on science, technology, engineering and mathematics, and today gets approximately 12 million visitors monthly. Besides STEM courses, Khan Academy now offers information on topics including economics, the arts and computing. It also has test prep materials for the SAT, the GMAT and the MCAT.

“The idea of providing opportunities to everyone, and as well as we can level the playing field, is core to Khan Academy as its roots and goals, “ he told the ABA Journal. “If we can provide more opportunities and access across the board, that’s great.”

Some law schools with many students of color have said their students may forgo bar prep courses because they can’t afford tuition fees. The ABA Journal asked Khan if he could see his platform also offering bar prep courses in the future.

“We would absolutely be open to conversations with people who administer those exams,” he said.