Fugitive lawyer is sentenced in $550M disability scheme; he is spotted in New Mexico 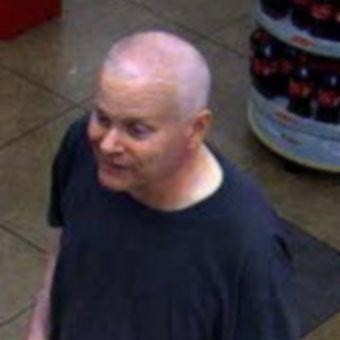 Eric Conn, in a photo recently released by the FBI.

A lawyer who fled after pleading guilty in a $550 million disability fraud scheme has been sentenced in absentia to 12 years in prison, the maximum.

The lawyer, Eric Conn, was recently spotted on surveillance cameras at a gas station and Walmart in New Mexico, report the Lexington Herald-Leader, the Courier-Journal and an FBI press release. The surveillance photos were taken in early June, the Herald-Leader reported.

Conn used a truck registered by a co-conspirator to a dummy company, the FBI says. Conn abandoned the truck near the Mexico border, but the FBI says there is no indication Conn actually crossed the border.

Conn’s sentence on Friday included an order (PDF) to pay more than $106 million in restitution to Social Security, Medicare and Kentucky Medicaid, report Reuters, the Lexington Herald-Leader and a press release.

Conn had fled June 2 after pleading guilty to allegations that he submitted false medical documents and bribed an administrative law judge, obligating the government to pay more than $550 million in lifetime disability payments.

A person claiming to be Conn told the Herald-Leader last month in an email that he removed his ankle bracelet and fled because he thought it was unfair that two Social Security judges convicted in connection with the case would get a combined sentence that is lower than his potential sentence of 12 years in prison.

The person claiming to be Conn later told the newspaper that he had used a fake passport to leave the country June 3.