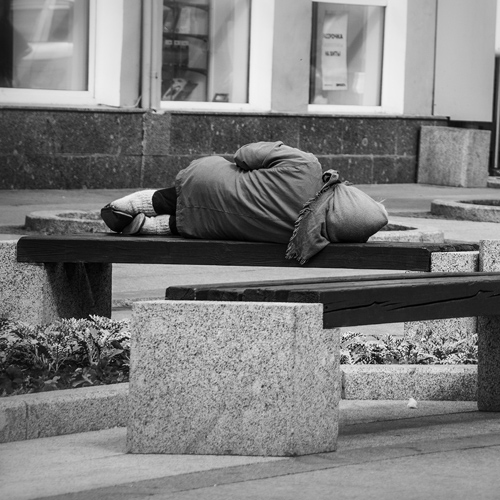 A federal appeals court has left undisturbed a decision holding that homeless people can’t be prosecuted for sleeping on public property unless alternative shelter is available.

The refusal leaves in place a September panel decision that held that prosecuting homeless people with no other place to sleep violates the Eighth Amendment’s ban on cruel and unusual punishment.

The panel ruled in a challenge to an amended Boise ordinance that bars sleeping on public property, except when shelters were full. The 9th Circuit said homeless people still could be turned away from shelters for other reasons, such as exceeding stay limits or failing to take part in homeless programs.

Circuit Judge Milan Smith dissented from the refusal to rehear the case en banc in a decision joined by five other judges. Smith said the “misguided” panel decision conflicts with reasoning underlying decisions of two other federal appeals courts.

Smith said the ruling could lead to courts overturning bans on defecating and urinating in public. He also warned of tent cities blocking pedestrian traffic and included a photo of tents on a public sidewalk in Los Angeles.

Circuit Judge Marsha Berzon, author of the panel decision, objected to the photo in an opinion concurring with the denial of en banc review. She said the photo was not part of the record, and it does little more than illustrate that criminalizing sleeping in public places is not a viable solution to the homeless problem.

The homeless crisis “continued to burgeon while ordinances forbidding sleeping in public were on the books and sometimes enforced,” Berzon wrote.

The National Law Center on Homelessness & Poverty applauded the en banc refusal in a press release. The NLCHP had challenged the Boise ordinance along with the Idaho Legal Aid Services and Latham & Watkins.

The press release noted that the case gained attention in 2015 when the Department of Justice filed a statement of interest brief in the case, arguing that it violates the Eighth Amendment to punish a person for sleeping, “conduct that is a universal and unavoidable consequence of being human.”

The case is Martin v. Boise.

ABAJournal.com: “Legal intern raises over $41K to help homeless couple who are ‘no longer invisible’”