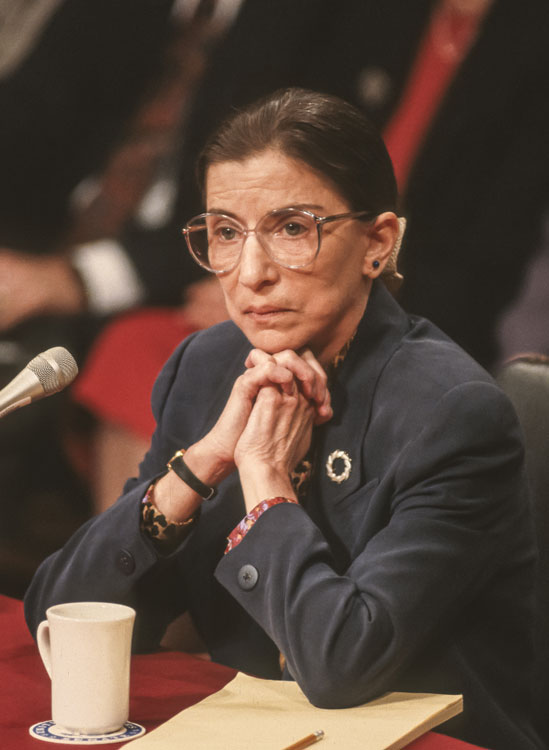 Speaking Friday at a Columbia Law School event honoring her 25th year on the U.S. Supreme Court, Justice Ruth Bader Ginsburg told the audience that at one point, she was too intimidated to speak in class.

So the justice—who began law school at Harvard, and transferred to Columbia when her husband Martin Ginsburg took a job practicing law in New York—set a challenge for herself of answering questions as often as her male colleagues, the Columbia Daily Spectator reports.

Ginsburg, confirmed to the U.S. Supreme Court in August 1993 by a 96 to 3 vote, was one of 12 women in her Columbia class, according to the article.

“When I was in law school, there was never a woman in the classroom,” she said, adding that a professor “ignored” female law students or an entire semester “except one day—‘Ladies’ Day’—announced in advance. The women were all sitting in the first row and they were called on, incessantly.”

She also said that gender equity has gotten better since her time at Columbia, where she was a member of the class of 1959.

“Some people are impatient because we haven’t reached nirvana. But the general change is just enormous,” said Ginsburg, who before becoming a federal judge argued six gender discrimination cases in the U.S. Supreme Court, five of which she won.

Gillian Lester, the dean of Columbia Law, moderated the discussion, which besides Ginsburg included Lee Gelernt, deputy director of the ACLU’s Immigrants Rights Project; Olatunde Johnson and Gillian Metzger, law professors at the school; and Nancy Northup, president and CEO of the Center for Reproductive Rights.

When offering career advice with other panelists, Ginsburg noted the importance of pro bono work.

“If you are a true professional, you will use your degree to help make things a little better for other people,” the justice said. “You get a satisfaction you will never get turning over a buck.”