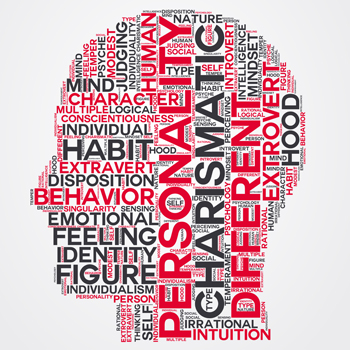 General counsel score higher than non-CEO executives on two leadership attributes—characterized in part by cautiousness—that are the most prevalent leadership characteristics found among top executives, according to research by executive leadership firm Heidrick & Struggles.

The attributes are “forecaster” and “harmonizer,” states a summary of the research and a Law.com (sub. req.) story. General counsel also outscore executives in the “producer” category, which wasn’t as prevalent among executives.

The report describes a harmonizer this way: “They maintain high standards for quality work. They prefer settings in which everyone is using the same playbook to ensure reliable, efficient operations and execution. Harmonizers are also good at spotting problems and using their network of relationships to call on additional expertise to help solve them. …

“As with all leadership signatures, the harmonizer style comes with some characteristic blind spots. One of the most prominent for harmonizers is a tendency to be overcautious—particularly when it comes to large-scale, transformational change or significant shifts in the way business is conducted. Because of their strong preference for standard ways of operating that have been successful before, ambiguity makes them uncomfortable.”

The report described forecasters this way: “Forecasters exhibit deep subject-matter expertise, and they relish the chance to expand their knowledge. They take time to think deeply, gather data, and reflect on what they’ve observed before deciding on or proposing a course of action. They are also adept at marshaling their knowledge to generate insights about future trends and occurrences—an invaluable trait in a legal advisor, especially in highly regulated environments. …

“Forecasters can also be overcautious despite their ability to anticipate the future. When identifying trends, predicting their impact on the business, and formulating insights about the future, forecasters may seek out that extra bit of information or conduct that extra analysis. As a result, they may fail to act on the insights they generated in the first place.”

Producers have a strong work ethic. They value results, consistency, hard work and paying their dues. They also have a bias toward proven approaches and can find it challenging to incorporate new perspectives. “They can appear realistic and grounded, but also rigid and fervent in their beliefs,” according to the summary.

General counsel are markedly less likely to exhibit “pilot” leadership attributes than CEOs and other executives, the report found. Pilots enjoy environments that are ambiguous, complex and characterized by significant change.

Karen West, a partner at Heidrick & Struggles who contributed to the report, told Law.com that one aim of the report was to “uncover what those Achilles’ heels are” for different leadership positions.