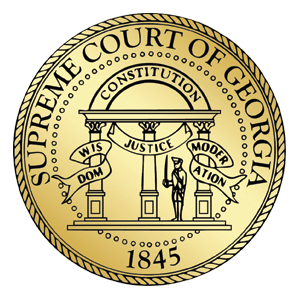 A Georgia lawyer who cited the Fifth Amendment in an ethics case accusing her of inappropriate conduct with a client has been disbarred after the allegations were deemed to have been admitted.

Jefferson was accused of having romantic involvement with a client, hiring a detective to spy on him after he began dating another woman, and then disparaging the other woman to her employer.

Jefferson had represented the client in a dispute over modification of child custody. A disciplinary matter was filed against Jefferson because of the relationship, but it was dismissed in 2014, the opinion said. When the client began seeing another woman, Jefferson hired a private investigator to surveil the former client, his son and the other woman, according to allegations in the supreme court’s opinion.

Jefferson also made false and misleading statements about the custody proceeding to the other woman’s employer, the opinion states.

The former client and the other woman then filed applications for criminal warrants against Jefferson on charges of stalking and defamation. During warrant proceedings, Jefferson made false statements to the magistrate court that she had to continue contact with the client because she represented him in a pending case, according to the opinion.

Jefferson filed two complaints in federal court challenging the constitutionality of the Georgia laws authorizing the warrants sought against her. In the court actions, she falsely said the woman filed a false police report in seeking the warrant, the opinion states.

Jefferson contended that several of the allegations against her were misstatements of fact. She had filed an answer and other pleadings in response to the ethics complaint, but she did not respond to discovery, the opinion said. A special master found her in default after a sanctions hearing where she cited the Fifth Amendment in refusing to testify, according to the opinion.

The supreme court found no abuse of discretion in deeming the facts to have been admitted because of Jefferson’s refusal to cooperate in discovery in the ethics case.

Jefferson sought a jury trial on the ethics charges, but the supreme court said the judicial branch had inherent authority to regulate attorney conduct.

Jefferson told the ABA Journal she has filed motions to stay and vacate the disbarment, and she does not consider the matter concluded until those motions are ruled on. She disputed the factual allegations against her and denied any misconduct in documents filed with the supreme court.

Jefferson’s court documents say she did file many responses in discovery and did answer questions in the sanctions hearing, save for two questions. She argues that disbarring her without a factual hearing violates her right against self-incrimination and her right to due process.

She also says her ethics case was handled by a white male prosecutor and special master, and evidence shows disparity and discrimination by race in disciplinary proceedings in her state.

“Akin to the Russian probe, this case is marred by abuse of prosecutorial misconduct, abuse of discretion and acts of complete denial of due process,” she writes.