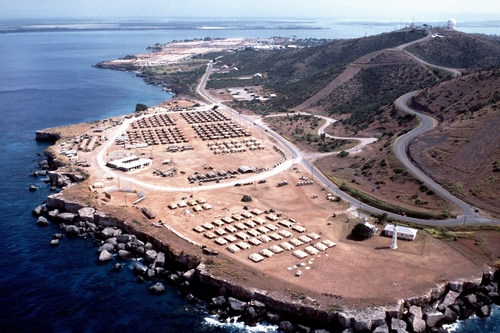 Three civilian lawyers have quit their defense of the man accused of orchestrating the al-Qaida attack on the USS Cole, part of a “defense revolt” in the case, according to a report by the Miami Herald.

The reason for the resignation is highly classified, but it involves compromised attorney-client privilege at the Guantanamo detention facility, according to the Miami Herald, the Indiana Lawyer and Just Security, which links to a press release (PDF) by one of the defense lawyers who resigned.

The lawyers had represented Abd al-Rahim al-Nashiri in military commission proceedings. The chief defense counsel, Marine Brig. Gen. John Baker, had released the lawyers from the case because of the ethical issue.

On Tuesday, the judge, Air Force Col. Vance Spath, ordered Baker to testify about the incident and to rescind his decision to release the lawyers, the Miami Herald reports. Baker refused, citing a privilege for his reason not to testify and his authority to release lawyers for good cause for his initial decision on the lawyers.

Spath then ordered Nashiri’s only remaining lawyer, Navy Lt. Alaric Piette, to file pleadings and handle the questioning of a witness later this week. Piette refused to proceed without a lawyer who has death-penalty experience.

One of the dismissed lawyers is Kammen & Moudy partner Richard Kammen, who was recruited by the American Civil Liberties Union to defend Nashiri. “The fundamental problem,” Kammen told the Indiana Lawyer, “is extraordinary government misconduct and judicial indifference to that misconduct.”