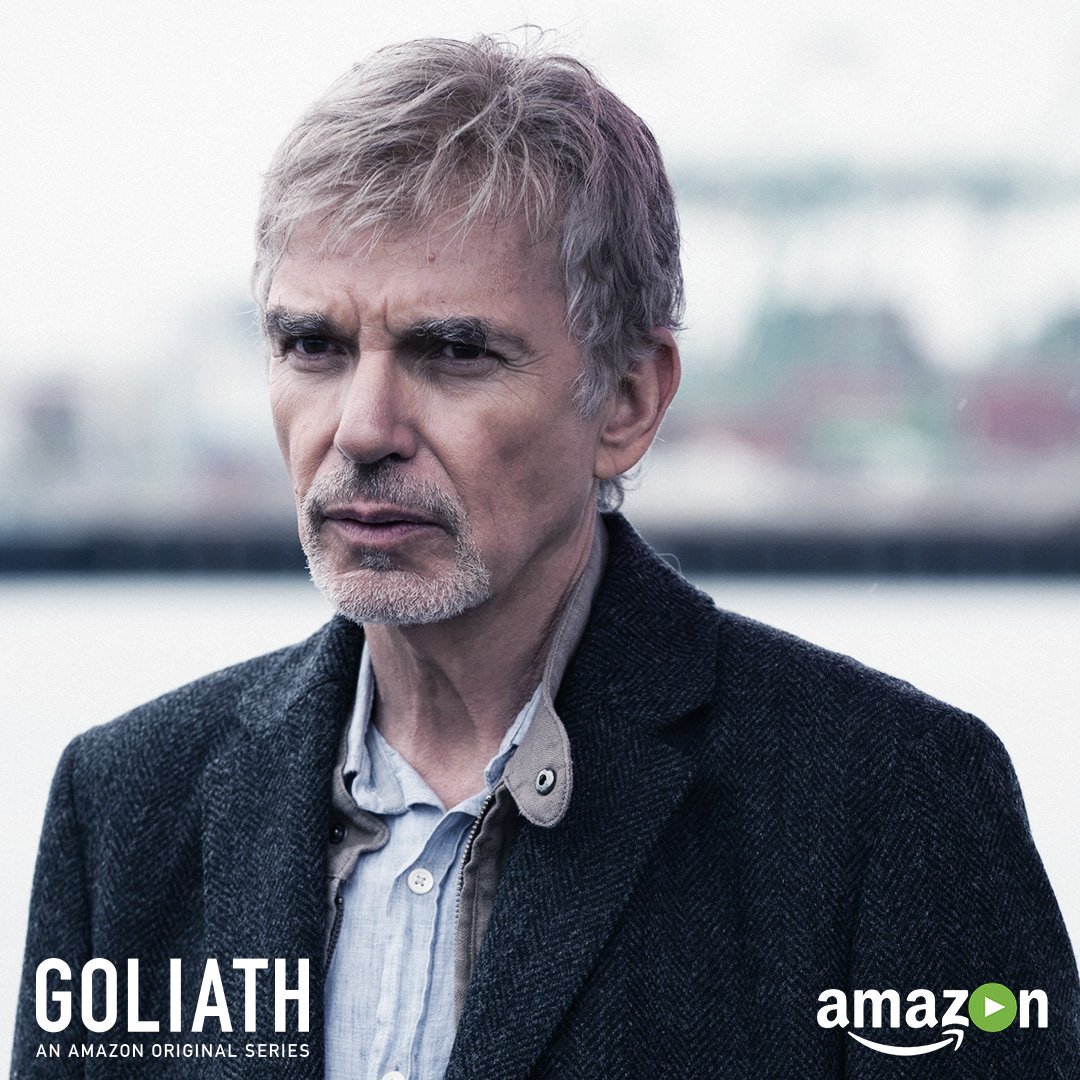 Truth be told, I couldn't even watch Breaking Bad during its heyday. AMC did such a great job of replicating meth addicts, and I get enough of those in my criminal defense practice. It's never entertaining if it's too real. There’s no room for escapism when reality constantly creeps in.

At the same time though, if the depiction is too far-fetched, it’s difficult to become invested in a series without becoming consistently critical. Maybe what draws actual practitioners to fictional depictions of their profession is the show’s ability to allow you to think: “Yep, I’ve definitely wanted to do that (even though I never would).” I imagine medical doctors feel the same way about shows such as Grey’s Anatomy.

Goliath, the web TV series from Amazon, offers audiences yet another look into the legal profession. The series focuses on an alcoholic lawyer forced out of the hugely successful law firm that still bears his name.

As the series begins, Billy McBride, a brilliant trial attorney, has been fired by the firm he co-founded, is divorced from his wife who, of course, still works as an attorney at his former firm, and has been reduced to ambulance-chasing to support himself. Billy Bob Thornton is excellent in the role of McBride—he won a Golden Globe award for it—but how accurately does this show reflect what goes on in the world of real attorneys … and would it be as entertaining if it did?

Though you might want to, you can’t curse at the judge handling your case … except on TV.

McBride gets the chance to make a comeback as a trial attorney when another lawyer approaches him about handling a wrongful death claim related to a case his old firm handled when defending a large corporation. The first episode of the series finds McBride, in your typical alcoholic attorney fashion, showing up late for a hearing on a defense motion.

The first true courtroom scene ends with McBride launching into a profanity-laced verbal assault on the integrity of the judge: He accuses him of accepting bribes from the defendant to dismiss the case. The judge, who had just held McBride in contempt and fined him $10,000, suddenly changes his tone when McBride requests an evidentiary hearing.

While watching, I automatically imagined situations where it would have felt better than good to truly speak my mind to a judge or adversary when I unjustly received the short end of the stick. But anyone worth their salt knows you can’t go on a verbal tirade against a judge and not face serious consequences. However, the fictional aspect came back down to earth long enough to keep me engaged when I thought, “He’s right … he does get an evidentiary hearing in this situation!” There was just enough law to keep me grounded in the ridiculousness of the fiction … and I loved it.

Getting into court is easy, according to Hollywood

Lawyers and their clients frequently wait for months or years for hearings and trials. But what television audience wants to wait around watching paint dry? It makes sense for directors and screenwriters to push the pace by allowing all parties to magically meet in a courtroom for a trial or hearing. A true-to-form depiction of the legal system wouldn’t move fast enough to keep anyone engaged, though. The general public wants to see some courtroom action, and anyone who lives the ins-and-outs of the process doesn’t want to watch their daily life played out on TV.

The fact that this legal drama is set in a courtroom in the first place is contrary to what happens in real life. Only 2 percent to 3 percent of all civil cases ever go to trial. The other 97 percent to 98 percent of cases are either dismissed, abandoned, or settled by the parties. Before a case is ready for trial, there are months or years of pretrial proceedings. But a series is not going to hire actual attorneys to script out the day-to-day paper push; no one wants to see that. It’s not entertaining for the general public, and it’s a reminder practicing attorneys don’t want when they get home from a hard day’s work.

You’ll never see a fictional lawyer sitting in a courtroom waiting for his or her case to be called only to have someone from the opposing side request a continuance. Fictional lawyers function in a world where they never have to juggle a schedule that could find them with cases on the calendar of different courts on the same date and at the same time. It happens to busy lawyers in practice every day. It’s not sexy … it’s frustrating. That doesn’t keep anyone’s attention. Remember, there has to be some aspect of escapism.

Substance abuse by attorneys is a real issue

Goliath is entertaining because of the fact that it’s not an accurate portrayal of what lawyers deal with in their practices on a daily basis. That would be extremely boring. The show fully embraces the fiction that keeps it entertaining without pushing the legal aspect to a point where practitioners would call foul on subtle overlooked small points.

There is, however, one thing about Billy McBride that does have a ring of truth to it. A study by the Hazelden Betty Ford Foundation and the American Bar Association found that more than 20 percent of attorneys in private practice are problem drinkers. The catastrophic results of the stress and pressure of practicing law, coupled with the long hours many members of the profession commit to it, seem to be accurately reflected in McBride.

What might not be as accurate, however, is how McBride so rapidly progresses from an alcoholic back to a brilliantly gifted trial attorney after attending only one AA meeting. Bar associations throughout the country have programs designed to help attorneys who need assistance with substance abuse and mental health issues. Again, there’s just enough reality to avoid constant criticism, and just enough fiction to keep the audience engaged.

If you want to see courtroom drama, go to a local court

Watch Goliath for entertainment, but if you want to learn what lawyers do for a living, go to a local courthouse. Find a seat in a courtroom, listen, and learn what really happens in courts. It won’t be wall-to-wall excitement; however, sometimes real people fighting real fights is more exciting than anything Hollywood can dream up.