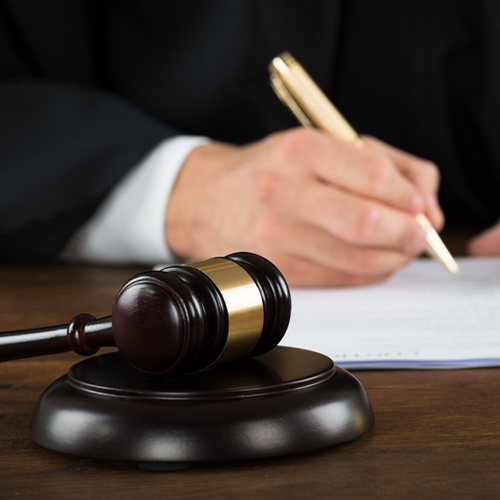 The late Justice Antonin Scalia was known for his memorable legal writing, filling his opinions with little-used words such as “argle-bargle” and barbs aimed at those who disagree with him.

The judge nominated to take his place, Neil Gorsuch of the Denver-based 10th U.S. Circuit Court of Appeals, also has a way with words, the Wall Street Journal reports. His opinions strive for accessibility, and they begin with recitations of facts that grab the reader.

Legal opinions “are rarely a pleasure to read,” the Wall Street Journal says, but Gorsuch has elevated the recitation of facts “to a form of wry nonfiction.”

One example can be found in Gorsuch’s dissent to a July 2016 decision that found a police officer had immunity for arresting a teen who disrupted gym class with repeated fake burps. The Washington Post has a story.

The dissent began this way: “If a seventh grader starts trading fake burps for laughs in gym class, what’s a teacher to do? Order extra laps? Detention? A trip to the principal’s office? Maybe. But then again, maybe that’s too old school. Maybe today you call a police officer. And maybe today the officer decides that, instead of just escorting the now compliant 13- year-old to the principal’s office, an arrest would be a better idea. So out come the handcuffs and off goes the child to juvenile detention. My colleagues suggest the law permits exactly this option, and they offer 94 pages explaining why they think that’s so. Respectfully, I remain unpersuaded.”

The Wall Street Journal offers another example, from an opinion about an insurance dispute over coverage for on-the-job injuries at a haunted house.

Gorsuch’s opinion began: “Haunted houses may be full of ghosts, goblins, and guillotines, but it’s their more prosaic features that pose the real danger. Tyler Hodges found that out when an evening shift working the ticket booth ended with him plummeting down an elevator shaft. But as these things go, this case no longer involves Mr. Hodges. Years ago he recovered from his injuries, received a settlement, and moved on. This lingering specter of a lawsuit concerns only two insurance companies and who must foot the bill. And at the end of it all, we find, there is no escape for either of them.”