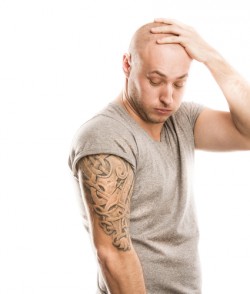 The Electronic Frontier Foundation is calling for an end to government research that could be used to map connections or make inferences about people based on their tattoos.

The National Institute for Standards and Technology began its initiative to refine automated tattoo recognition technology for the FBI in 2014, according to an EFF report. The agency, working with the FBI, collected 15,000 images of tattoos from arrestees and inmates and distributed the images to third parties that included research institutions and private companies. The intent was to test tattoo recognition algorithms, with the goal of using tattoos to identify criminals and victims.

Now the institute is prepared to begin a new, larger experiment using 100,000 tattoo images that will sort people and their tattoos based on images, such as Christian iconography, EFF alleges. The images of arrestees and inmates would be collected by the Pinellas County Sheriff’s Department in Florida, the Michigan State Police and the Tennessee Department of Corrections.

The intent, EFF alleges, may be to use tattoos to gather information on an individual’s affiliations or beliefs. EFF refers to a slide by the institute, labeled “Why Tattoos?” that says tattoos can suggest affiliation to gangs, subcultures, religious or ritualistic beliefs or political ideology.

EFF says it has First Amendment, ethical and privacy concerns with the study. The researchers “are treating inmates as a bottomless pool of free data,” EFF alleges.

Using technology to create lists of people with similar imagery is “one of the most worrisome applications of tattoo technology,” EFF says in a related article. “This type of tattoo matching could sweep up fans of the same bands or members of the same labor union or military unit. This application has a high likelihood of generating false positives—matching someone whose tattoo may be visually similar, but not actually symbolically similar. That could result in people being improperly associated with groups, such as gangs, with which they have no actual affiliation.”

After EFF raised concerns about the project, the institute scrubbed references to religion and politics from its public documentation, according to EFF. A spokesperson for the institute told Newsweek that the information was removed to more clearly reflect the intent of the project—which is “to help ensure tattoo matching technologies are evaluated using sound measurement science to improve accuracy and minimize mismatches.”

Next:
Man gets 15- to 19-year prison term in nonfatal shooting on courthouse steps