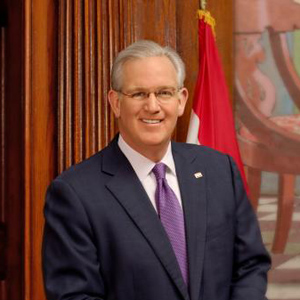 Taking aim at the government official who has blocked budget increases for indigent defense, the top public defender in Missouri has appointed Gov. Jay Nixon to represent a poor defendant in an assault case.

Michael Barrett, director of the Missouri State Public Defender, posted to his office’s website his Aug. 2 letter (PDF) informing Nixon of the appointment, report the Washington Post, the Kansas City Star and the St. Louis Post-Dispatch.

Barrett is relying on a state law that gives him the authority to “delegate the legal representation of any person to any member of the state bar of Missouri.” Nixon, who was elected to office as a Democrat, is a lawyer who was formerly the state attorney general.

“When you’re in dire straits,” Barrett told the Washington Post, “you have to use all the tools available to you.”

Barrett cites a ranking by the National Legal Aid & Defender Association placing Missouri 49th out of 50 states for indigent defense funding. An ABA study in 2014 found that Missouri public defenders have insufficient time to spend on all aspects of their cases.

Barrett has also sued Nixon, according to the Post-Dispatch. The complaint alleges the governor withheld $3.5 million of a $4.5 million budget increase granted by the legislature in June.