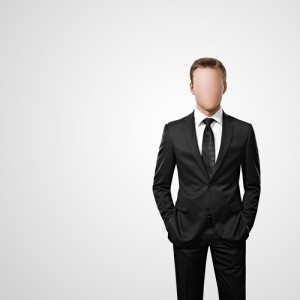 Fifteen out of 16 Manhattan lawyers captured on video in a group’s undercover operation—including a then-ABA president—offered advice on how an African official could buy pricey Manhattan real estate without revealing his identity.

An investigator for a group called Global Witness posed as an adviser to an African minister of mines who managed to accumulate millions of dollars and wanted to secretly buy a home in the United States, as well as a jet and a yacht. The group hopes the undercover operation at 13 law firms will lead to stricter money laundering laws in the United States. Its report is here; the New York Times and 60 Minutes covered the results.

“Anonymous companies do great damage to society,” Global Witness asserts. “Warlords and dictators use them to steal from their people and stash the loot in places like the U.S.”

60 Minutes spoke with former Treasury Department official Chip Poncy, who said there’s nothing wrong with lawyers setting up anonymous shell companies to protect a client’s privacy, unless it’s done to conceal criminal activity. Still, he was dismayed that lawyers were willing to discuss the matter. “There’s a clear pitch consistently presented in every one of these tapes of what amounts to an incredible number of red flags that scream corruption,” he said.

Among those recorded on the undercover videos was then-ABA President James Silkenat. He offered advice on anonymous corporate ownership to the undercover operative, who said he was German lawyer “Ralph Kayser.” But Silkenat told Kayser he would need to make sure no crimes were committed before taking on the new client.

The recorded meetings were preliminary, and none of the law firms agreed to represent the fictional African official. Only one of the 16 lawyers approached, Jeffrey Herrmann, flat-out refused to work with the undercover investigator during that initial meeting.

Herrmann raised questions about the Foreign Corrupt Practices Act, which makes it illegal to bribe foreign officials. Even if no Americans paid bribes, Herrmann said, he wasn’t interested in the new client. “This ain’t for me,” he said. “My standards are higher.”

At the opposite end of the spectrum were two lawyers who went so far as to suggest using their law firms’ bank accounts to move money into the United States. A third lawyer advised setting up overseas bank accounts using a straw man. Two legal ethics professors contacted by Global Witness—William Simon of Columbia Law School and John Leubsdorf of Rutgers School of Law—said that, if the situation had been real, it was their belief all three lawyers violated ethics rules.

The ethics professors said no ethics rules were violated, however, by Silkenat and Hugh Finnegan, one of Silkenat’s partners at Sullivan & Worcester. Silkenat was targeted by Global Witness because he was ABA president when the video was made, according to 60 Minutes. A video of the meeting is here.

Silkenat provided the ABA Journal with an opinion by ethics expert Stephen Gillers of New York University School of Law. “A preliminary meeting with a prospective client,” he wrote, “is ordinarily not the place to voice suspicions about what the prospective client has said or to accuse the prospective client of dissembling, lying or violating the law.” Generally explaining vehicles for home ownership is not unethical, Gillers said.

Though Silkenat and Finnegan “listened to the pitch and suggested ways in which they might be able to help,” 60 Minutes says, “they were also the most suspicious of the Ralph Kayser and his African minister, beginning just five minutes into the meeting.”

Silkenat said he would have to know more about the money and would have to make sure no crimes were committed before he could take the mining minister on as a client. “If there were, you know, quote unquote crimes committed someplace else, that, that starts to be an issue,” Silkenat said.

Kayser tells Silkenat that the money doesn’t come from anything like human trafficking or arms dealing. Rather it was the result of “facilitating payments” from companies outside the United States.

Silkenat and his partner explain how layers of corporate entities can be used to buy property. “So Company A is owned by Company B which is owned jointly by Company C and D, and your party owns all of or the majority of the shares of C and D,” Silkenat says.

But if somebody really wants to find the owner, the mining minister may be found out, despite layers of corporate ownership, Silkenat says.

Silkenat also tells Kayser that most banks in the United States want to know who their customers are. Banks don’t want to be in a position where they are acting as a conduit for funds that are illegally acquired, Silkenat says. He advises the undercover operative that other banking systems are less rigorous than in the United States, and a list of countries where banks require less detail could be provided.

Could a U.S. bank handle the money if no U.S. law is violated? Kayser asks. “It’s better if nobody’s law was being violated,” Silkenat says.

When Kayser asks about lawyer confidentiality, Finnegan tells Kayser that if the firm finds out a crime is being committed, the firm would have to report it. Silkenat agrees.

Silkenat says in a statement provided to 60 Minutes and the ABA Journal that he and Finnegan concluded after the meeting that “Kayser was disreputable and that we would not deal with him again.”

Silkenat says in the statement that he and Finnegan “did the right things. We participated in a preliminary meeting with someone who we reasonably believed to be a reputable attorney. We listened, we told him that there would be a need to conduct due diligence on the background and past activities of his purported client, as well as the sources of the funds his ‘client’ was seeking to invest. We told him that his minister’s activities must be shown to have been lawful—under both the laws of the United States and other countries—and that we would not assist with any unlawful activity, going so far as to state that we believed that we would be obligated to report any unlawful activity on the part of his client to the authorities.

“The legal and financial topics we discussed with ‘Kayser’ were basic and generic and obtainable through a Google search and are used on an everyday basis in the U.S. to protect privacy concerns.”

A statement by ABA President Paulette Brown says the association supports the highest ethical standards for lawyers as well as reasonable efforts to combat money laundering. “We also note that both 60 Minutes and Global Witness confirm Silkenat acted legally and ethically,” the ABA statement says.