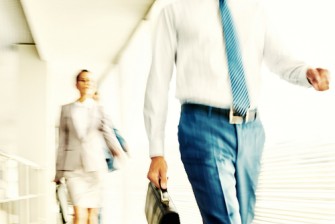 For the past 30 years, elite law firms have expressed a strong commitment to diversity, yet a large percentage of women lawyers continue to leave law firms and few are attaining leadership roles, according to a white paper by four Stanford law students.

The students learned that women lawyers work longer hours but bill fewer hours than male lawyers, earn less money than male lawyers, and get less credit for generating business, according to a press release. Law.com (sub. req.) has a story on the white paper (PDF), which summarizes existing research on women in law firms.

The white paper will be discussed at a “Women in Law Hackathon” on June 24 in which 54 law firm partners will compete on nine teams to develop solutions to the gender gap. Each team will also include a Stanford law student. Bloomberg Law is providing cash prizes to three winners that will be donated to nonprofits that advance women in the law.

The differences are also reflected in pay and systems used to determine pay, the report said. Women lawyers are not receiving fair credit for generating business, part-time work is stigmatized because of the dominance of the billable hour, and women lawyers command lower billing rates than their male counterparts “for reasons that are not immediately apparent.”

The paper suggests topics for further research, including these:

• Why so few female lawyers are hired as lateral partners.

• The quality of work assignments given to women lawyers and whether better assignments are given to those with higher billable hours.

• Why women are found in greater proportions in “lower status” practice areas.

• Whether mentoring programs are being implemented in an ineffective way, and whether lack of mentoring was wrongly identified as a factor limiting women’s success in the profession.