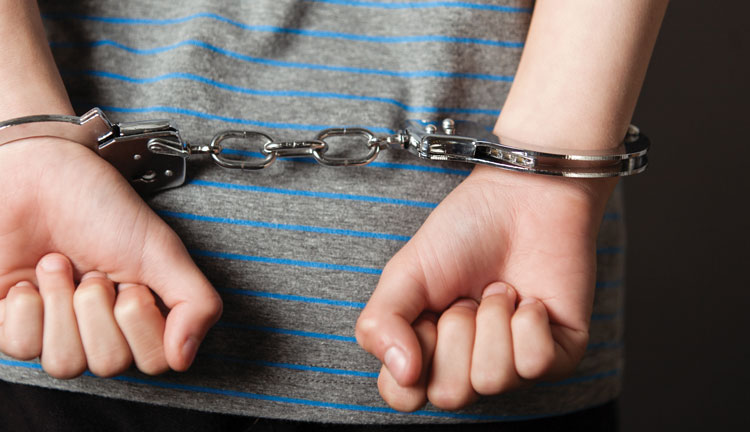 A 7-year-old elementary school student who was handcuffed by a police officer for 20 minutes can’t sue because there was no violation of his constitutional rights, a federal appeals court has ruled.

The 8th U.S. Circuit Court of Appeals at St. Louis tossed the suit filed on behalf of the second grader referred to as “K.W.P.” in the Aug. 1 opinion. Education Week and Slate have coverage noted by How Appealing.

K.W.P.’s problems began when he became upset by a classmate’s teasing April 30, 2014. K.W.P. yelled at the classmate. When a second school employee entered the classroom, K.W.P. became even angrier. A police officer who was at the school at the time was asked to intervene.

The officer twice asked K.W.P. to accompany him to the hallway. K.W.P. finally complied, but he acknowledged trying to get away as they were both walking. The officer grabbed K.W.P.’s wrist, and K.W.P. responded by jerking his body away. The officer says he warned K.W.P. that he would be handcuffed if he didn’t calm down.

The principal’s failure to intervene was reasonable because of a previous encounter with K.W.P., the court said. The principal had grabbed K.W.P.’s wrists when he tried to leave the playground after she told him that he could not hit other people. K.W.P. had tried to pull away in that incident, as well.