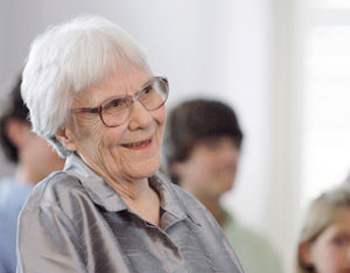 Who has the final authority to determine whether an upcoming Broadway adaptation of Harper Lee’s To Kill a Mockingbird remains consistent with the spirit of the novel?

That is one of the questions raised in a suit filed on behalf of Lee’s estate seeking a declaratory judgment that the determination does not rest with the company producing the play. The suit also asks a judge to declare that the play and its characters, including Atticus Finch, are not in keeping with the novel’s spirit.

At issue is language in a contract signed by Lee signed in 2015 with the production company Rudinplay, which hired Aaron Sorkin to write the play.

The New York Times and the Washington Post are among the publications covering the lawsuit, filed on Tuesday in Alabama federal court by Tonja Carter, Lee’s former lawyer and the estate representative.

Sorkin has indicated in interviews that Atticus Finch would evolve during the play, partly through interactions with the family’s black maid. “He becomes Atticus Finch by the end of the play,” Sorkin told New York magazine in September. Earlier on, however, Atticus “is in denial about his neighbors and his friends and the world around him, that it is as racist as it is.”

Two contract clauses are cited in the lawsuit. One says the play “shall not derogate or depart in any manner from the spirit of the novel nor alter its characters.” The other specified that Lee “shall have the right to review the script of the play and to make comments which shall be considered in good faith by the playwright.”

Producer Scott Rudin told the New York Times he was surprised that Carter was objecting to the play’s depiction of Atticus because she was instrumental in the publication Go Set a Watchman, which depicts Atticus as a racist who opposes integration. Watchman was written by Lee before Mockingbird, but wasn’t published until 2015.